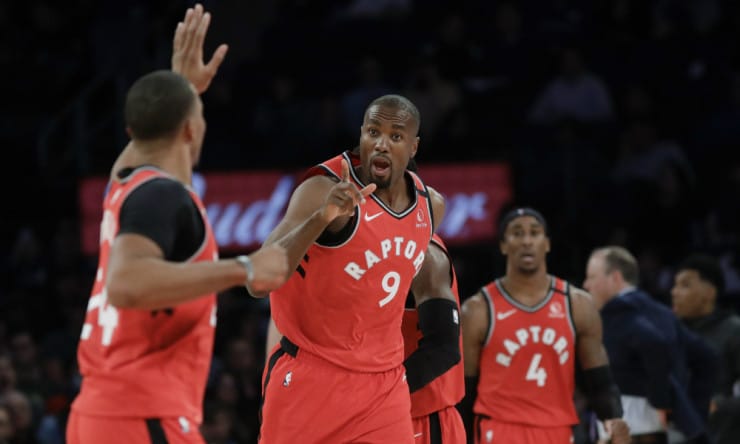 No matter what happens for the Lakers in the days after the upcoming NBA draft, when the league will begin its free-agency period, they will likely try to lure multiple veterans seeking to play for a contender to L.A., offering a chance at a championship but unable to offer a sizable payout as the team sits over the salary cap already.

One target is Raptors big man Serge Ibaka, according to executives around the league.

“From a personnel standpoint, he is exactly the kind of combo big guy that team (the Lakers) needs,” one NBA general manager told Heavy.com. “They have had interest in him before and they will again. When he is healthy he is an excellent spot starter at the 5 (center) and the 4 (power forward). He is as good a bench big guy as there is in the league. He was a really credible 3-point threat last year. If he is willing to accept what the Lakers can afford to give him, I know they would want him.”