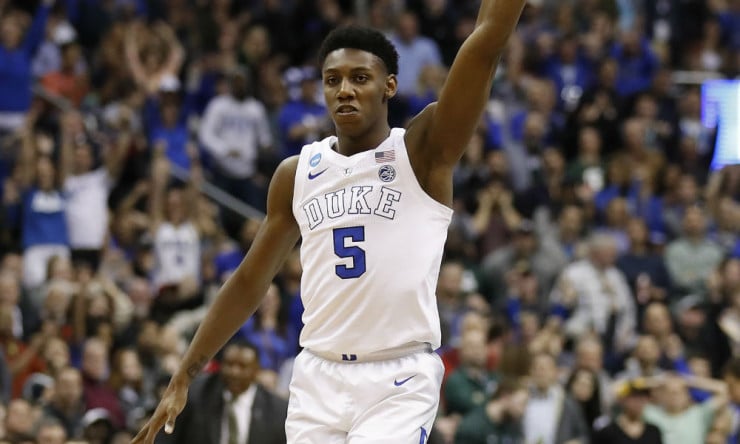 Duke Blue Devils guard RJ Barrett, widely projected as a lottery pick, has made the decision to leave after his freshman season to enter the NBA draft, he announced Wednesday on social media.

“I’m looking forward to coming back and supporting the Blue Devils any way I can. Just wanted to thank you for everything.”