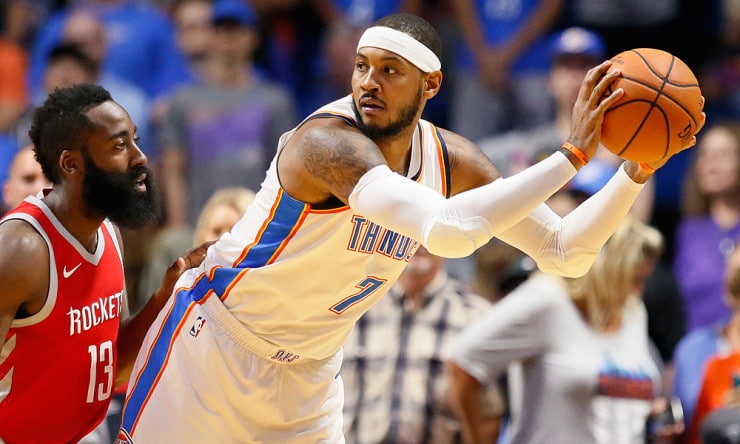 Anthony cleared free-agency waivers last week after a trade to the Atlanta Hawks on July 30 and his subsequent release, but had yet to commit to the Rockets. Anthony informed Houston of his decision to sign Tuesday after returning from Africa, league sources said. Anthony had unveiled a refurbished basketball court in South Africa last week.

After the loss of forwards Trevor Ariza and Luc Mbah a Moute, the Rockets prioritized Anthony, and the 10-time All-Star worked out repeatedly with Houston stars James Harden and Chris Paul this summer.