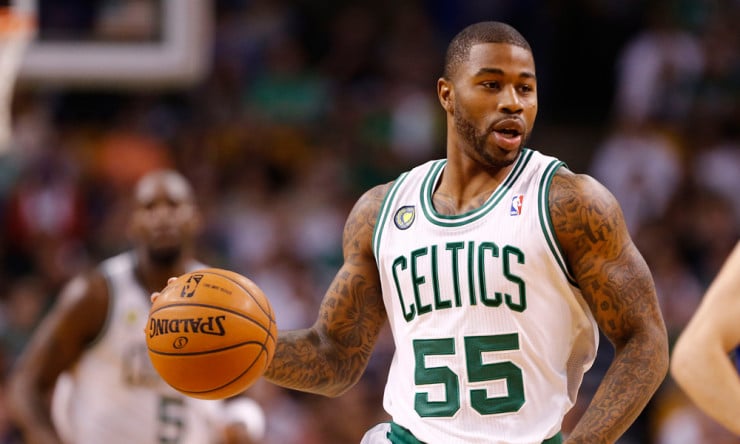 According to sources, Williams, the No. 11 overall pick in the 2009 NBA Draft, is in discussions for a new deal with clubs from Puerto Rico and the Philippines.

In mid-January, Williams signed a no-cut four-month offer sheet worth $68,000 in Ashdod and was immediately dubbed one of the most talented players in the Middle East. The problem was, the coach that initially lured Williams overseas had gotten fired.

Without knowing of his coach’s fate until reporting for training, Williams discovered that the team’s interim coach wanted nothing to do with him. And for no particular reason.

“I’ve been walking a straight line and been on my best behavior from the second I landed in Israel, I didn’t even get a chance,” Williams said.

Hoping for a chance to make a splash in Europe, Williams vowed to reshape his damaged image and prove that he’s matured.

“[Williams] was unguardable during that one practice. He’s probably the most talented teammate I ever had,” a player from Ashdod told Basketball Insiders.

The following morning, Williams was absent from shoot-around and informed the team manager he was sick. His coach became a loose cannon.

“I haven’t been late to practice in over three years,” Williams said. “I was jet lagged from the flight and got sick [due to the approximately seven-to-eight hour timezone difference]. I threw up for hours and had terrible migraines. I couldn’t move.”

Williams sat out earlier this week while Ashdod recorded a 102-95 road win to improve its record to 4-13, but not its positioning – standing rock bottom with the worst record in Israel.

Watching the game from his hotel room on the coast of the Mediterranean, Williams, who had since been released for no justification after a single session of training, reached out to his coach with hopes of getting a second chance. Heck, he is still waiting for his first.

“After getting approval from the management, I asked coach to return to the team to help get them out of last place and to go to war with them. I even offered to lake less money and sign a reduced contract, but the coach said no,” said Williams.

Aside from a two-game stint in Turkey, Williams spent the bulk of the previous season in the D-League with the Los Angeles Defenders, averaging 20.6 points, 6.3 assists and 5.1 rebounds over 32 games, including a franchise record 50-point outing. He then bounced around Latin America.