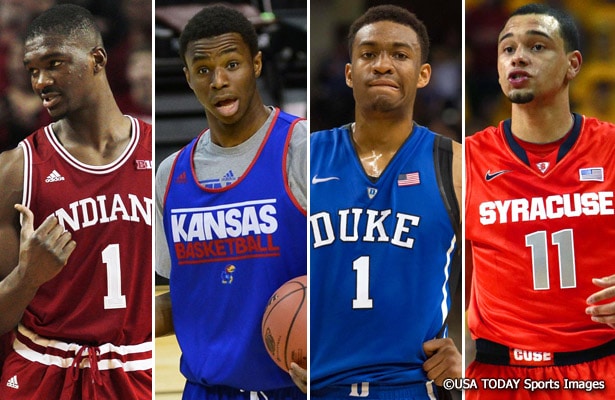 The teams entered in the lottery are as follows (note: the first three picks in the Draft will be determined by the lottery and the remainder of the “lottery teams” will select in positions 4 through 14 in inverse order of their consolidated standings at the end of the regular season):

The order for the remainder of the first round picks is as follows: