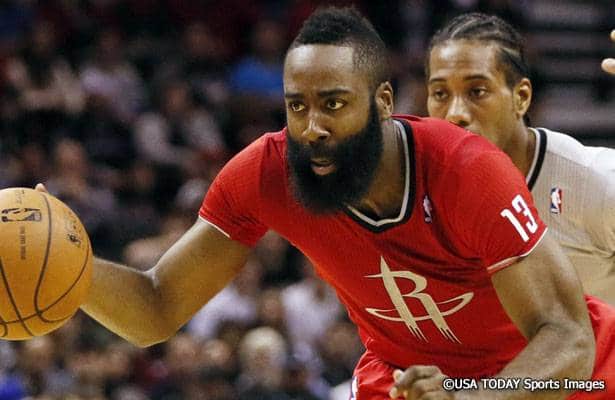 “If you’re not making mistakes, then you’re not doing anything. I’m positive that a doer makes mistakes.” – John Wooden

There is a certain exhilaration that goes with being right about a player you have scouted. I got that feeling when I wrote about Damian Lillard after I had scouted him in person a couple of times and said that he should be a top-two pick in the draft and would one day be an NBA All-Star. Longtime NBA folks I worked with scoffed at this notion and insisted that it was silly to make such an assessment given the level of his competition in the Big Sky Conference.

Long before I worked in the league, I wrote that I would take Kevin Durant over Greg Oden. Granted, this was a different situation since I wasn’t submitting an official report to a team, but the position still wasn’t a popular one among NBA people I knew. One GM I had a good relationship with at the time chuckled after he read my analysis and sort of patted me on the head like I was some kind of overzealous child while informing me that one should always bet on size. My response was simple: Sam Bowie.

If only my record were made up of these prognostications. Unfortunately, I have been wrong my share of times, too.

In my role as a professor of clinical psychology, I find that too often students are only exposed to clinical situations that go perfectly according to form. Recently I realized that this probably doesn’t serve them well in the long run as it creates a culture where young clinicians believe they cannot and perhaps more importantly, should not, make mistakes. I have toyed with the idea of writing a book in which I was to gather nightmare stories from a group of experienced clinicians with the philosophy that there is more to be learned from our mistakes than from our successes.

The general idea of learning from mistakes has been captured in platitudes aplenty for centuries. However, most of us who exist in the public eye or have some kind of public platform rarely acknowledge our mistakes. There are likely numerous reasons for this. In the NBA, I noticed how quickly people would distance themselves from personnel moves that went awry and how equally quickly they would position themselves to take some kind of credit when the moves worked out. This can likely be chalked up to simple self-preservation. There are very few jobs in the NBA and many people who want them. Admitting mistakes in our culture is seen as a sign of weakness even despite all of the clichés to the contrary.

My mistakes are fascinating to me. I have scouted players long enough to see them progress through college and on to the NBA and have a bevy of reports saved on my computer. I often flip to games on League Pass where I know a player that I was wrong about is playing. I watch and try to analyze, almost obsessively, what exactly it was that I missed. Of course, the ultimate hope is to avoid making a similar mistake in the future.

One particular player that has been torturing me of late is James Harden of the Houston Rockets. The last team that I worked for did NBA scouting reports by division. I was in charge of submitting a monthly report for every team, and every player on every team in the Northwest division. I was tasked with doing this as the Oklahoma City Thunder really started its ascension to the ranks of the elite.

Brevity was valued in these reports. General managers do not generally have time to read 1,000 words on a player. These are busy people who want a paragraph that gets to the most pertinent information quickly. What follows is a report I wrote on Harden during the 2011-12 season. Just a quick note: BS is a common abbreviation for ball skills.

James Harden, 6-5 SG/PG : Sneaky good athlete. Combo guard with no true position. Has good size, good BS, and a nice looking shot. Was the most aggressive I’ve seen him in the NBA this month really attacking offensively. All his offensive metrics are up. Great at drawing contact. Generally plays under control and will defend. Good, not great player.

That last line in particular haunts me every time I watch Harden play, and just reading it again gives me that sinking feeling in my stomach. To the best of my knowledge the team I was working for never entertained the notion of acquiring Harden. Had they, though, my report would have let them down.

In the final line of each report I always try and make a definitive judgment. The way I have always looked at it is that the team has hired me to give an opinion and riding a fence due to a fear of being wrong isn’t fully doing my job. For example, the final line I wrote in my last scouting report of Lillard in February of 2012 read: I believe he will be a superstar in the NBA and should be a top two pick in the draft.

To be clear, I don’t make big claims just to make them, but when I feel I have enough information about a player I state in no uncertain terms what I think. What I would write about Harden in that last line now with the benefit of hindsight is that he will blossom into a great player if given the chance and the responsibility.

Perhaps what tortures me most is knowing how much of a difference Harden would have made on the last team I worked for. Knowing what I know now I would have given up anyone on the roster to acquire him, but at the time I would not have told the GM to go after him with a sufficient amount of vigor. These are the kind of mistakes that prevent a good team from making the jump to a great one, which I would argue is the most difficult step to take in the NBA.

I watched from start to finish on March 22nd as Harden dropped 37 points and 10 dimes on the Cleveland Cavaliers all while turning the ball over just once and making all 14 of his free throws. My wife asked why I was chuckling out loud at the television, shaking my head and talking to myself as I watched this transpire. I explained to her the reason to which she replied: “Why do you do this to yourself?”

Dr. Travis Heath is a psychologist in private practice, an assistant professor of psychology at MSU Denver and a former team consultant in the NBA. He also co-hosts a show on Mile High Sports Radio on Tuesday evenings from 6-7 p.m. You can follow him on Twitter @DrTravisHeath.