Connect with us
Home » news » the heat are not championship contenders 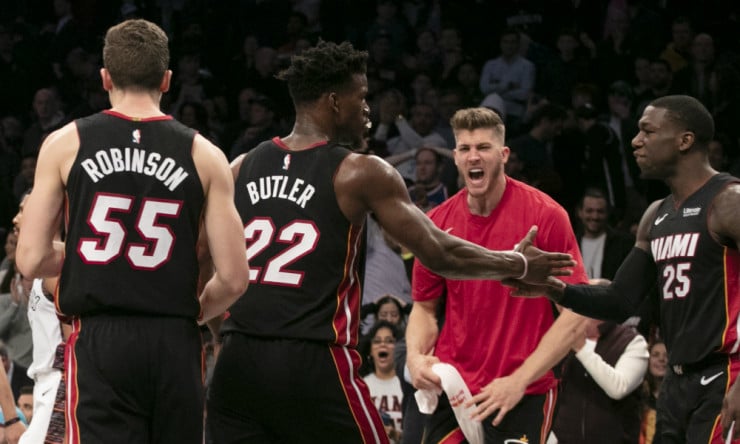 A Star But Not A Superstar

Jimmy Butler has met the high expectations that were placed on him when the Heat completed a sign-and-trade deal for him this offseason. Butler leads the team in scoring, assists, win shares, and even has the ability to move an NBA point spread on his own. He boasts the highest value over a replacement player on the team. The Heat’s improvement this season can largely be attributed to Butler’s presence.

However, a team with Butler as its best player is not a championship contender. Butler is an all-star because he’s good at everything. But he’s not a superstar because he’s not excellent at anything. Butler only has four 30-point games this season. Butler is also having one of the worst three-point shooting seasons of his career. Butler has averaged just 18.3 points, 6 rebounds, and 4.8 assists per game in his last two postseasons. Those are not the numbers of a superstar who can carry a team to a championship.

Besides the Philadelphia 76ers, no team relied more on its home court advantage to win games than the Heat. The Heat are 27-5 at home this season but just 14-19 on the road. That made the Miami Heat an absolute force for bettors who love to lay down cash on NBA money line home favorites. The Heat’s offense fell off a cliff whenever they had to go on the road. The Heat have an offensive rating of 116.6 at home but a rating of 107.9 on the road. Unfortunately for Miami’s championship hopes, none of the remaining regular season games will be in Miami.

Failure At The Trade Deadline

News reports at the trade deadline suggested that the Heat sought to land Danilo Gallinari. Unfortunately, the Heat had to settle for Jae Crowder and Andre Igoudala as their deadline acquisitions. Crowder and Igoudala are nothing more than serviceable role players. Neither Crowder nor Igoudala adds the offensive juice that the Heat needed to become a true championship contender.

Bettors should look to fade the Heat for the rest of the regular season and to bet on a first round defeat. While all-star Bam Adebayo has had a breakout season and Duncan Robinson has emerged as one of the best three-point shooters in the league, the Heat lack the talent to make a deep playoff run, let alone win a playoff series. The uncertainty over where the NBA playoffs will take place is another bearish sign for a team that has already reached the limits of its capabilities.