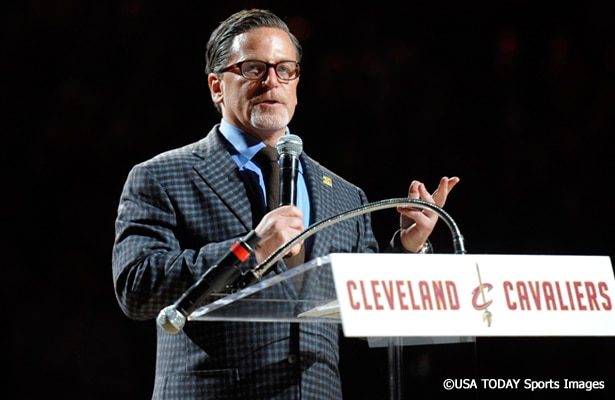 The 2011 NBA lockout was universally hailed as an unmitigated win for the owners. They forced significant concessions from the players, reducing their percentage of Basketball Related Income from 57 percent to 50 while winning on so-called system issues as well. The players received almost no concessions in exchange. The system changes the owners fought so hard for were theoretically designed to level the competitive playing field between big and small markets while allowing teams to keep their superstars.

The only certain thing in such complex negotiations is that some unintended consequences will arise. Even the best of forecasters with carte blanche to design a system may struggle to anticipate the effects or regulation. When such regulations are the result of compromise or negotiation, they grow even more unpredictable. As a result, the 2011 CBA has resulted in some trends that may well have surprised its framers.

The previous CBA featured a luxury tax* in which teams were taxed at $1 for each dollar of salary above the tax threshold. One of the key “system issues” the owners fought for in the name of competitive balance was to increase the luxury tax to far more punitive levels. Teams now must pay a minimum of $1.50 per $1 in salary over the tax, and that increases with each $5 million dollar increment, to $1.75, $2.50, $3.25, and then an additional 50 cents per $5 million after that. Teams that have paid the luxury tax four of the past five seasons add another $1 for each tax bracket, the dreaded “repeater tax.”

*Simply called the “tax” in the actual CBA.

It was the case under the previous regime that the Knicks paid far more in luxury tax than any other team, with the Lakers also in the top four. But more important than that was the fact that nearly every team paid the tax at one point or another when they thought it was necessary to contend. Taxpayers included small market teams such as the Jermaine O’Neal-era Pacers, the Dwight Howard-era Magic, the early 2000s Kings, the Jazz in 2009-10 and 2010-11, the Timberwolves in their conference finals season of 2003-04, the Cavaliers in the later LeBron James era, the Spurs at various times, and many others. Only the Bobcats, Bulls, Warriors, Hornets, Sonics/Thunder, and Wizards did not pay the tax under the previous CBAs.

Why such an egalitarian distribution of taxpayers? Teams could actually afford to do it when contention warranted, or at least looked like it might. Meanwhile, under the previous two CBAs, the only contender that really hurt its chance at a title though active salary-reducing moves was Phoenix.*

*The Nash/Stoudemire era was the best of times and the blurst of times for Suns fans. Some of the moves: Did not match Atlanta’s five-year, $67 million offer for Joe Johnson (though they did get Boris Diaw and two first-rounders for him); traded Rajon Rondo to Boston to get Brian Grant off the books; traded two first-rounders, one of which became Serge Ibaka, to Seattle to get Kurt Thomas off the books; sold Rudy Fernandez to Portland for $3 million.

Contrast that distribution to the last two years. The only teams that have or will pay the tax so far are the Celtics, Nets, Bulls, Lakers, Clippers, HEAT and Knicks. Aside from the mid-market HEAT, who have a unique mindset with Mickey Arison’s ownership and their three superstars, all of these teams are in big markets.

But even more notable than who has paid the tax is who has not. Three teams that have made the conference finals in the last two seasons have made blatant tax-avoiding moves.* While the Grizzlies’ trades of Marreese Speights and Rudy Gay a year ago were not fatal to contention, the Thunder and Pacers have really hurt their title chances. The Thunder traded James Harden to Houston for players who have not even begun to match his production. Meanwhile, the Pacers dumped longer-term salary by trading Gerald Green, Miles Plumlee and a first-rounder for Luis Scola to offset Paul George’s maximum extension and the coming extension for Lance Stephenson. Those trades may be the two worst of the last two seasons. Both teams have also resisted using their mid-level exceptions, or using other trade assets to add talent despite clear areas for potential upgrades.

*It is an open question whether small-market teams cannot afford to pay the luxury tax, or simply are using the more punitive tax as an excuse. Either way, the fact remains they are not doing it so far.

In past years, those teams might have been willing to suck it up and pay the tax to maximize their title odds. Now, only the large-market teams do that.*

*Even the HEAT decided to save cash through the amnesty of Mike Miller, a player who was very important in spots to their two title runs and absolutely would have helped this year.

Superstars Are More Likely to Leave as Free Agents

Another big priority for the owners was to help teams keep superstars like LeBron James, Chris Bosh and Carmelo Anthony rather than allowing them to so easily leave for greener pastures. Class of 2003 draftees James, Bosh and Dwyane Wade all negotiated Early Termination Options (ETOs) into their rookie contract extensions. Owners like the Cavaliers’ Dan Gilbert apparently believed that seven years of team control for rookies was insufficient, so the owners negotiated for a number of key changes:

Unfortunately for the owners, they also decided to limit contract extensions in an effort to save them from themselves. Under the previous CBA, teams gave out ludicrous eight-figure per year extensions to veteran players like Richard Hamilton and Stephen Jackson long before they were due to become free agents. In an effort to curb this, the new CBA limited any extensions for veterans (i.e., players not coming off rookie contracts) to four years, including the current season. Because the “current season” in this instance continues until June 30, the longest extension that can ever be given before a player becomes a free agent is three years.

As a result, it makes almost no sense for any decent player who is not coming off a rookie contract to extend before becoming a free agent, because the player can receive a five-year new contract from his current team.* Even if he signs elsewhere, he can still get a four-year contract with another team rather than only three years had he extended.

*A player who has been in the league eight years, including the last four with the same team, can also get a no-trade clause if he becomes a free agent and re-signs a new contract with his prior team. This is not possible with an extension.

Thus, much of the work the owners did to deter free agents from leaving was undone by taking the best method for retaining players–preventing them from becoming free agents in the first place–out of the owners’ hands. To date, only Andrew Bogut and Kobe Bryant (who was encouraged by the Over-36 rule) have signed veteran extensions in the nearly three seasons of the new CBA.

Consider the case of Dwight Howard. Had the Lakers been able to offer him a four- or even three-year maximum extension upon his arrival in Los Angeles in the summer of 2012, he very well might have taken it, especially considering he was recovering from major back surgery at the time and the Lakers appeared to have assembled a superteam. Instead, due to the limitations on extensions he was essentially forced to wait and become a free agent, the Lakers imploded, and Howard left for Houston.

Mediocre Teams Cannot Get Anything For Their Stars

Now, consider the fact that shorter contract lengths and extensions mean that all players, including superstars, are going to be free agents more often. Moreover, players are generally closer to becoming free agents than they were under the previous regime. Unfortunately for mediocre teams with superstars, this means both that they are more likely to lose such players in free agency and that they cannot get as much for them in trade even if they are sure to leave.

Consider the case of the Timberwolves and Kevin Love, who can be a free agent in the summer of 2015. Even if they come to the realization that he is likely to leave, Minnesota cannot expect much return because a potential trade partner has no guarantee he will stay either. It still makes sense for Love to become a free agent rather than extend, and only the best teams can be confident that a player like Love would choose to re-sign. Even that can go awry, as we saw with the Lakers and Howard. In past years, a small-market team with a ton of assets like the Jazz could offer picks or young players to the Wolves after working out an extension with a player like Love. Now, they would be fools to trade much for him knowing he will be a free agent.

Trading Season is Much More Boring

All of the above factors combine to make trades a lot less interesting than in past years. In addition to the disincentive to trade or trade for superstars, the new CBA restricts cash payments in trades to only $3 million per season rather than $3 million per transaction, while the punitive luxury tax makes cost-controlled first-round picks too valuable to trade for a mere rental of a free agent-to-be. This year’s trade deadline proved this to be the case. Not a single first-round pick changed hands, and no stars did either.