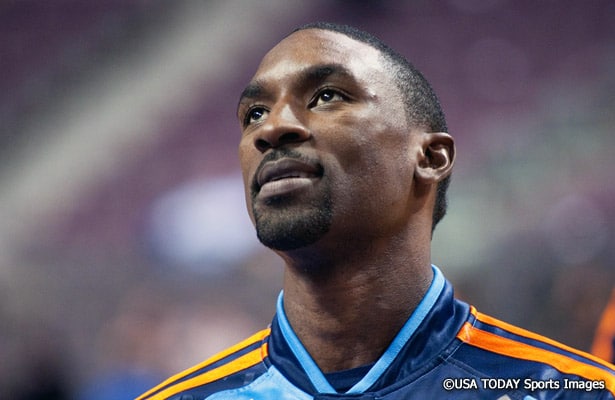 After receiving a buyout from the Orlando Magic last week, forward Glen Davis agreed on Monday to join the L.A. Clippers, a move that undeniably strengthens their frontcourt and reunites Doc Rivers with a hard-nosed player from his championship days with the Celtics.

In the midst of buy-out season, however, there are plenty of players just like Davis that have been discarded by one team only to be scooped up by another who will find him infinitely more useful. Here’s a look at a list of players who have either been bought out already or who are expected to be bought out soon:

Ben Gordon – Gordon would be one of the most intriguing buyout free agents, due largely to the fact that he’s likely got more left in the tank than some of the other veteran free agents coming off of buyouts, but Gordon has not actually been given his walking papers yet, so there’s an outside chance he doesn’t end up in the free agency pool this week. If he does, though, plenty of teams will kick the tires on a player who was once among the league’s most electrifying scorers.

Chicago, the team that drafted Gordon, looks headed for the postseason and could certainly use an extra scorer, but they’re so ridiculously close to the luxury tax threshold that they have to be careful with how they spend their money. New York is another team rumored to have interest should Gordon become available, and since that’s where he’s originally from and New York is currently working on freeing up a couple of roster spots, it could be a reasonable fit. Gordon would likely jump at the opportunity to play there, even though their two-guard rotation is already pretty deep.

Metta World Peace – Speaking of the Knicks’ buyouts, the World Peace buyout is official now, bringing that particular Big Apple experiment to a close and opening the door for another one to open up somewhere else in the league. The Clippers may be interested in World Peace, as they had been in the offseason, and they do have one open roster spot left. Jared Dudley hasn’t done much this season, leaving Matt Barnes as really the only other truly useful small forward on the roster. World Peace would fill a need, and he wouldn’t cost much to bring aboard.

Beno Udrih – Along with World Peace, the Knicks also cut loose Beno Udrih, and since there were several teams reportedly sniffing after his services at the trade deadline, there should be no shortage of suitors for him in free agency. Denver and San Antonio are both thin at point guard after the trade of Andre Miller and the nagging injuries to Tony Parker, so expect those teams to be mentioned in terms of potential suitors, though many more will likely take a stab at the bargain bin, as Udrih still holds a fair amount of value at this point in his career.

Ronnie Brewer – The Houston Rockets waived Brewer after the deadline to make room for some younger players they felt could be more useful members of the rotation. Chicago, for whom Brewer once played, is pretty thin at small forward after the Luol Deng trade, and with Jimmy Butler battling some injury issues, Brewer’s return to the Bulls could make a lot more sense right now than, say, Gordon’s return to the Bulls.

Danny Granger – It looks as though Philadelphia will, in fact, buy out the remainder of Granger’s contract this season and allow him to pursue a job with a contender, should a contender actually want him. His knees are pretty run down at this point and he’s nowhere near the player he once was, but several teams are likely to show interest. San Antonio and Miami, like always, are likely to be among the interested teams, though Chicago (for the reasons mentioned above) and Oklahoma City and Dallas are reportedly interested, as well. He’s a great locker room guy, but questions about his rehab and health could scare some teams off.

Roger Mason, Jr. – The Sacramento Kings waived Mason immediately after acquiring him (and a second-round pick) from the Miami HEAT at the trade deadline, leaving him with no job and less than a week to find a new one if he hopes to participate in the playoffs. There’s no word yet on potential suitors, but Mason is an effective ball handler, solid three-point shooter and great locker room guy that sure would be a positive addition to a young team headed for the playoffs.

Jimmer Fredette – The Kings also are bidding adieu to Fredette, a former lottery pick whose game has not translated well to the NBA. There will be plenty of teams interested in taking a flier, however, with the Knicks and Lakers likely leading the charge. Both teams run fast-paced offenses that could suit Fredette’s playing style well, though they won’t be the only two organizations calling Jimmer’s agent this week.

Earl Clark – A reasonable rebounder and defenseman, Clark is more than good enough to find himself another job with a team, as long as he’s not expected to start and put up huge numbers. That experiment failed pretty miserably in Cleveland. For a team that can either be patient or deal with Clark’s inconsistency, he could be an excellent bargain. The Cavs spent $8.5 million on him last season, and a guy worth that much is at least worth the minimum now that it’s buyout free agency season.

Antawn Jamison – Waiving Jamison was kind of a weird thing considering how decimated that Atlanta frontcourt situation currently is, but whatever the reason, Jamison is geared up for another opportunity to sign with a contender. At his age, with his abilities waning, it might be hard to find a job, but he always said how nice it would be to retire in Charlotte, being from North Carolina and all. Miami and San Antonio reportedly showed interested in him last summer, so they’re possibilities, too. Or, he could retire—an unceremonious end for one of the mt underrated players of his generation.

Players that sign with a team new team before March 1, 2014, are eligible to participate in the playoffs. Each of these players should get some nibbles in the coming days as teams try to lock up their postseason rotations. Stay plugged in here at Basketball Insiders to get the latest on where these guys may end up, and how they’ll fit in once they’ve signed.