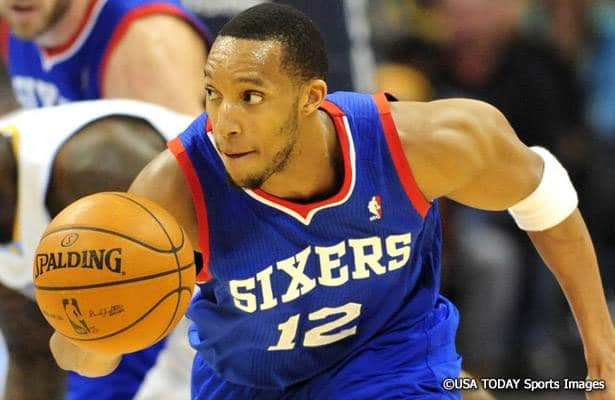 With the news of Maurice Cheek’s firing in Detroit, several more-than-qualified names have been mentioned in consideration as his replacement. Basketball Insiders’ Lang Greene had a great idea, pointing out that the readily available Lionel Hollins is a perfect fit, while longtime NBA writer and analyst Peter Vecsey tweeted about an intriguing consideration in what would appear to be a natural transition for Chauncey Billups.

I'd hire Billups. Isn't that what he was signed 4? Just give him job earlier than expected. Or am I giving JD too much credit 4 having plan?

While the idea of Billups may “feel” right given his history with the organization and apparent influence with both the veterans and younger players in the locker room, Hollins or another veteran coach like George Karl would probably be the hire that makes the most sense given the Pistons’ current circumstances.

Considering Greg Monroe’s pending free agency and the reality that Josh Smith is probably a much more effective option at power forward at this juncture in his career, GM Joe Dumars is now faced with another tough decision. Last week, rumors of Detroit’s willingness to move Smith for the right deal began to surface, but given the approximately $40.5 million he’s owed for the remaining three years of the deal Dumars signed him to just this past offseason, he may prove to be difficult to move even if desired.

Even though a quick glance at Detroit’s salary page shows the cap space is available to re-sign Greg Monroe if desired, that money could probably be better spent placing the right small forward beside a more-efficient Smith and a content Andre Drummond with additional room to operate from the post.

Clearly, the Pistons are still searching for the right mix with both the roster and the coaching philosophy. It just so happens they aren’t alone in this regard, as their division-mate Cleveland Cavaliers appear to have reached their own ‘rock bottom’ having just fired their GM Chris Grant. Even though Luol Deng was just acquired within the past five weeks in a deal that sent three draft picks to the Chicago Bulls, it does not appear the free-agent-to-be is likely to re-sign in Cleveland. Deng could be moved yet again before the February 20 trade deadline, but he cannot be moved as a part of  package.

Could Deng be an option for Detroit? He’s known around the NBA as a leader and a class act, and he could be perfect for a Pistons team that could use a strong veteran presence on the court and in the locker room. He’s also a two-way player who can thrive at the small forward position in Detroit, alongside Brandon Jennings, Kentavious Caldwell-Pope, Smith and Drummond.

Philadelphia’s Evan Turner and even Sacramento’s Rudy Gay, given their potential free agency, are additional names that may be linked to Detroit. Gay may not mesh well on offense with the Pistons’ trigger-happy starting lineup, so Turner may be a better fit. Detroit’s lack of draft picks and assets Philadelphia might be interested in could make a deal for Turner difficult to make.

That said, hypothetically, both Deng and Turner are able to produce the type of steady offense without a great deal of plays drawn and run specifically for them that would be great for Detroit. They also provide the team-oriented things that encourage and influence winning basketball yet aren’t always as detectable to the casual observer or in a quick glance at the box score.

The idea of either player also would seem to go with the idea of a coach like Hollins being the ultimate replacement, although it should be mentioned that John Loyer has been selected as the interim coach. At 22-29, it is conceivable that Detroit would permit Loyer to complete the season while devoting the bulk of their attention toward the roster needs. Needless to say, Cheeks’ firing is just the first step in what is likely to be a series of necessary moves for this franchise.