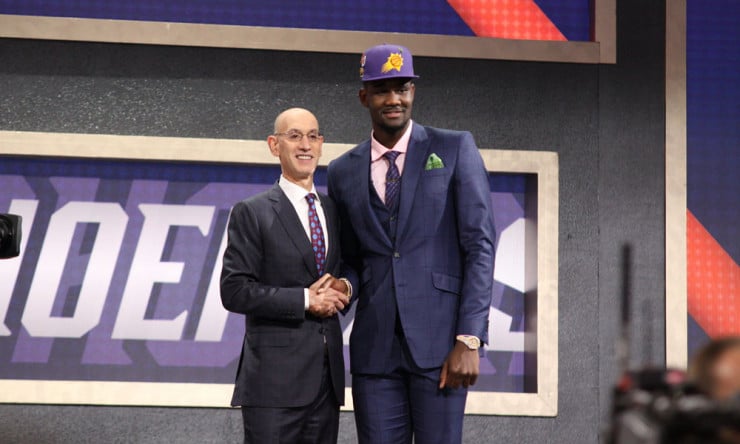 One of the few certainties heading into this year’s draft was that the Phoenix Suns would select Deandre Ayton with the first overall pick. In Ayton, the Suns get an elite center prospect with the potential to be a dominant player on both ends of the court.

Ayton stands at 7-foot-0 with a 7-foot-5 wingspan. He has a big, muscular frame but still has plenty of room to continue developing his body. Ayton is also extremely athletic, coordinate and nimble for a player his size. While some have wondered whether a player with Ayton will be limited by the NBA’s continuing movement toward playing smaller and faster, there’s plenty of reason to believe he is worthy of the first overall pick. If Ayton can become a more consistent weak side defender, improve his consistency in making the correct rotations and improve on his rebounding fundamentals, he could become a Rudy Gobert level defensive anchor. No one should expect Ayton to reach Gobert’s level but it’s a possibility and that alone is arguably enough justification to draft him first overall.

Additionally, Ayton has a diverse offensive game. He is an effective player in the post, can finish at the rim with either hand, he runs the floor well in the open court, is a constant lob threat and can stretch the court all the way to the three-point line. He isn’t necessarily elite at any single thing offensively but he has the potential to be an offensive threat from all over the court.

There’s almost zero risk that Ayton will be a bust and plenty of reason to believe he could be a star-level player sooner rather than later. While there may be other players with higher upside in this draft, Ayton has the ability to contribute today and the potential to be a superstar in the future, which makes him a great addition for Phoenix.