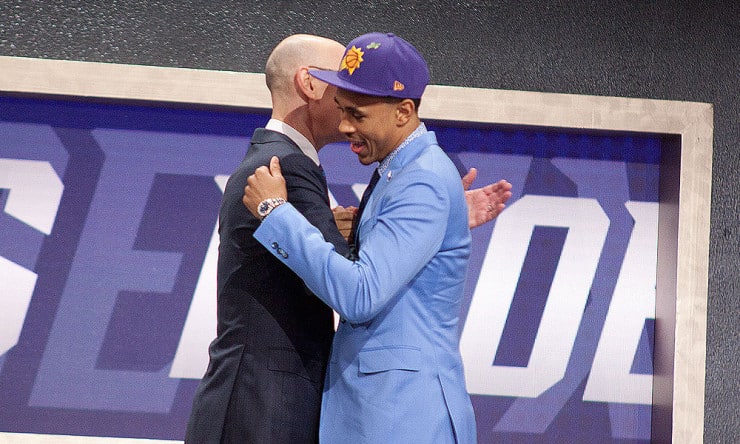 The Philadelphia 76ers reportedly traded the rights to Mikal Bridges to the Phoenix Suns for the 16th overall pick, which was used to select Zhaire Smith, as well as a 2021 first round draft pick.

Smith was a freshman small forward out of Texas Tech who has plenty of athleticism. Last season, Smith averaged 11.3 points, five rebounds and 1.8 assists per game. Where Smith stands out is on the defensive end. He has the size, speed, mobility and instincts to be a plus-defender, which is rare among players at this stage in their respective careers. The downside is that Smith doesn’t necessarily have the size to reasonably guard most power forwards, though he can certainly hold his own in limited situations.

Smith should be a nice addition for Philadelphia, which already has several big wing players. The team is built around Ben Simmons and Joel Embiid, but Smith adds even more athleticism and upside for the young up-and-coming squad. Smith is also a solid passer and he can take the ball off of the dribble. However, Smith’s jumper can be a bit inconsistent at times, which is something he will need to work on moving forward. He also needs to work on becoming a more effective player in pick and roll situations. However, with his elite athleticism and notable skill set, it’s not hard to undestand why the 76ers had interest in making a deal for him.

This is a nice grab for the 76ers, who saved some cap space and acquired a future first rounder in the deal.