Home » news » 10 Players Who Shouldnt Have Stayed In School 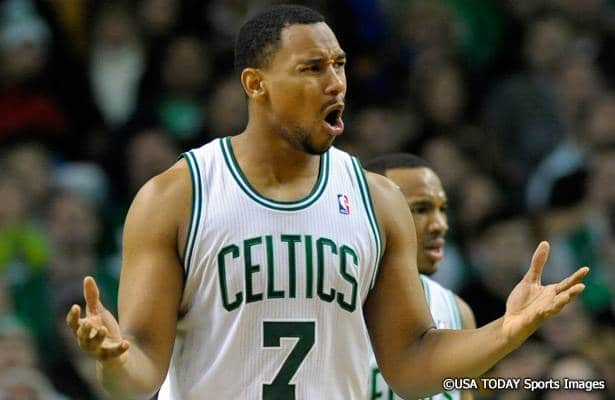 If it seems like there are more NBA fans this year rooting for their teams to lose than there are NBA fans rooting for their teams to win, the 2014 NBA Draft class is probably to blame. With so many potentially franchise-altering players up for grabs, teams view this season as the one to blow in favor of young talent in the draft, but a couple of recent reports indicate that the pool of talent may get a little shallower.

According to Dana O’Neil of ESPN.com, University of Kansas star Joel Embiid, considered by many to be the most likely No. 1 overall selection in this summer’s draft, could return to the Jayhawks for at least another year, while Sam Smith of Bulls.com believes that many NBA executives are getting the impression that Duke’s Jabari Parker—another top-three hopeful—also will not declare for the 2014 draft.

Both guys have their reasons. Embiid, for one, is extremely raw and can’t even drive a car yet. Parker, meanwhile, is not a typical blue-chipper in that he sincerely values education more than many realize.

Whatever the case may be, these are two guys who could opt out of heading into the draft despite a near-guarantee that they’d be top-three picks. Chances are, they’d be top-three picks again next year, but history has proven that this isn’t always the case. Here is a look at a handful of players that lost money and slipped down draft boards because of where they were selected.

1. Jared Sullinger, Ohio State – Selected 21st in the 2012 draft by the Boston Celtics, Sullinger was targeted as a top-three pick after the 2010-11 NCAA season in which Ohio State was the No. 1 team in the country, but with a love for college life and the uncertainty of the 2011 NBA lockout, Sullinger ended up returning to the Buckeyes just long enough for a back ailment to knock him two-thirds of the way down the first-round draft board.

2. Perry Jones, Baylor – Like Sullinger, Jones would’ve been a high lottery selection had he come out after the 2010-11 NCAA season, but even ignoring the lockout issues, Jones was coming off a postseason in which he was not able to play in the NIT because of a rules violation involving an AAU coach assisting Jones’ mother financially while the son was still in school. He thought an extra year would show how much better he’d gotten on the court and that he’d be able to redeem his reputation, but that decision knocked him from top-five one year to almost out of the first round completely the year after. He and teammate Quincy Miller were the saddest faces in the room that night, by a mile.

3. Terrence Jones, Kentucky – Obviously, Jones is having a pretty incredible season with the Houston Rockets, but the kid went from potential lottery pick after his freshman campaign to the 18th pick the following year, due largely to the fact that 2011-12 was the year in which John Calipari brought in four of that year’s top 25 high school prospects. More depth meant lower numbers for Jones, whose draft stock suffered as a result of his wanting to win an NCAA national championship (which, for the record, he did).

4. Chase Budinger, Arizona – Despite the fact that Budinger actually had a better junior season in 2008-o9 than he did sophomore season in 2007-08, Budinger slipped to the 44th overall selection in the 2009 NBA Draft after being projected as a mid-first rounder the year before. He even declared for the draft in 2008, but pulled out at the last minute. He’s had a respectable career despite being picked so late, but he could’ve seen a lot more guaranteed money earlier in his career if he had come out when his stock was at its highest.

5. Roy Hibbert, Georgetown – Because of his size (7’2) and talent, Hibbert had lottery potential in 2007 after being named to the All-Big East First Team. He had a huge game in the Big East Conference Championship that year and even helped lead the Hoyas to the Final Four, but he always wanted to play four years at Georgetown because that’s what all the great centers had done before him at that school. If four years were good enough for Patrick Ewing, Alonzo Mourning and Dikembe Mutombo, four years were good enough for him. Indiana has been a great fit for him, clearly, but he could’ve been a top-10 pick in 2007 and instead was the 17th overall selection the following year.

6. Joakim Noah, Florida – After winning his first national championship with Florida back in 2006, Noah was pegged as a top-three pick in the following summer’s draft, with the Chicago Bulls particularly eager to bring him aboard with their No. 2 overall selection. Noah, however, comes from money and loved college life in a way that few young men in the history of college have ever loved college life, so there was zero pressure for him to do anything outside of his own desires, which at that point was to win another championship for the Gators. He ultimately did, then declared for a much more stacked draft the following year. It was a year late, but the Bulls got their guy, this time with the ninth overall selection rather than the second.

7. Glen Davis, LSU – Tigers teammate Tyrus Thomas was certainly able to capitalize on the Final Four success of LSU the summer following their impressive 2006 tournament run, but Davis, unconditioned and exposed at integral times in that playoff, decided that another year in college would solidify him as a sure-thing first round pick in 2007. The Boston Celtics selected him at the top of the second round the following year, so it didn’t work out quite the way he’d planned. Despite that, his career has lasted longer than Thomas’, who was the No. 4 pick in the 2006 Draft.

8. James White, Cincinnati – It’s not that James White got worse over his five (count’em… five!) seasons loitering around college basketball facilities in Florida and Ohio, but after 2003-04, his first full season with Cincinnati after redshirting the previous year, the legendary leaper’s stock was probably at its highest. He may have been a lottery pick that following summer based on potential alone, but the longer he played, the more he showed exactly what he was. And let’s face it; teams aren’t always stoked about drafting players that are almost 24 years old. It’s no wonder he dropped to the second round.

9. Chris Duhon, Duke – After the Blue Devils won the national championship in 2001, Duhon looked like the kind of smart young point guard a team could build around, and as such he was regarded as a potential lottery pick at the time. Coming out of high school, Duhon was considered a much more electric and exciting player than people likely remember him now, and at that age his talent and promise almost certainly would’ve landed him a first-round gig somewhere. He’s one of the best point guards in Duke history with some incredible career numbers, but despite the fact that he got better with age, scouts saw his ceiling lower every year he stayed in school, and that’s why he ended up getting picked in the second round back in 2004.

10. Toby Bailey, UCLA – Unlike some of the other guys on this list, Bailey did not have anything even remotely resembling a successful NBA career. After scoring 25 points as a freshman starter in the 1995 Championship game, Bailey would have been a likely lottery pick the following summer had he opted for the draft. Instead, he played his full four years as a Bruin, got drafted by the L.A. Lakers in the second round of the 1998 NBA Draft, and averaged 3.3 PPG over two seasons with Phoenix before falling out of the NBA forever.

Would Embiid and Parker regret waiting another year or more to enter the draft? There are certainly players on this list who would tell them not to wait, but there are others who are perfectly happy not only with what they did in their extra year(s) of college, but also with the team that ended up drafting them. Noah and Hibbert, for example, wouldn’t trade their college experiences and wouldn’t want to play for any other team in the world. Bailey and White, in retrospect, may have chosen to do things a little differently.

Whatever happens, Embiid and Parker returning to school would shake up the 2014 draft class significantly, potentially setting up the 2015 class to be even more exciting and tanktastic than this current one is.