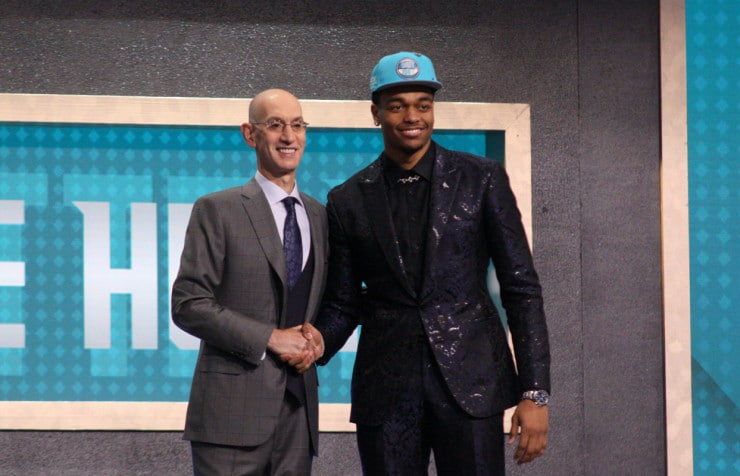 With the 12th overall pick in the NBA Draft, the Charlotte Hornets select forward PJ Washington of the University of Kentucky.

The Charlotte Hornets were hoping to improve their playoff chances for next year by taking the versatile playmaker. With one of their biggest flaws coming from within the frontcourt, they’re hoping Washington can improve in that department.

Washington offensively brings a lot to the table — although his assists numbers aren’t super impressive, he has shown some fantastic vision for a player of his size. Better yet, he has shown that he can crash the boards, even if it appears that he only does that on the offensive end of the floor.

The now-former Wildcat has also shown that he can shoot it from deep, shooting 42.3 percent from three-point range in 2018-19. For the Hornets, a team that ranked 19th in three-point percentage, he’ll be a much-welcomed addition there.

The Hornets are forming an interesting young core with Malik Monk and Miles Bridges. So, if Washington shows tenacity on the defensive end, he certainly adds another dimension to Charlotte.