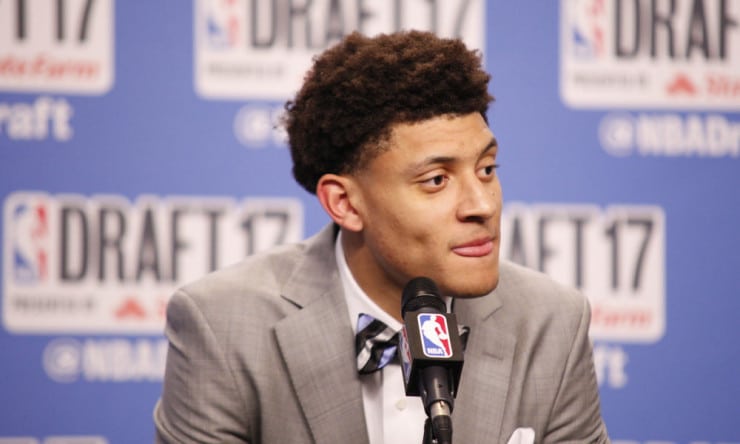 With the No. 15 pick in the 2017 NBA Draft, the Sacramento Kings selected Justin Jackson from North Carolina.

Jackson comes to the Kings with a lot of momentum after helping the Tar Heels win the NCAA Tournament in an impressive fashion. Jackson entered the pre-draft process last year but returned to college after teams gave him a list of things to work on and improve. The extra year allowed Jackson to improve his shooting significantly.

Jackson isn’t an elite athlete, but he has the size and frame to be an effective wing in the NBA. Jackson has good length but would be greatly aided by adding weight to his thin frame. What Jackson lacks in athleticism he makes up for with a nice feel for the game. He showed an ability to adapt his game to the players around him — a talent that should serve him well at the NBA level.

The Kings are in the middle of a comprehensive rebuild following last season’s trade of center DeMarcus Cousins. Without Cousins and barring future trades, the Kings will be comprised of a number of young players on cheaper contracts. Rebuilding the franchise and the roster will not be accomplished overnight. Adding Jackson is a step in the right direction as he comes to Kings after being named ACC Player of the Year and a successful championship run.