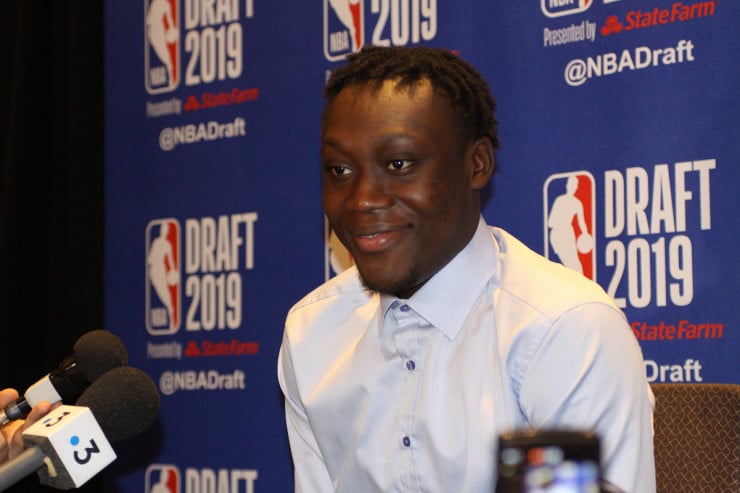 With the 15th overall pick in the 2019 NBA Draft, the Detroit Pistons select forward Sekou Doumbouya from France.

Doumbouya, the latest foreign NBA import, is raw, but his potential is sky-high. With the physical tools to stick it in the NBA, Doumbouya is a versatile piece who could fit in as a power forward or small-ball center. Despite his 230 pound frame, Doumbouya is quick on his feet and with the length he has — 6-foot-9 with a 6-foot-11 wingspan and 8-foot-11 standing reach — he certainly has the potential to guard multiple positions on the floor at the next level.

That said, Doumbouya is raw; his decision making needs some serious work, as does his ball control. He has a nice touch around the basket, but Doumbouya needs to seriously work on his mechanics as well. His footwork is strong, but his defensive instincts are poor, which could seriously limit his upside in the NBA.

The Pistons, luckily, have two great big men in Blake Griffin and Andre Drummond to help him refine those skills. Doumbouya is a project for sure, but, in the right environment, the Pistons could have one of the top talents in this draft class.