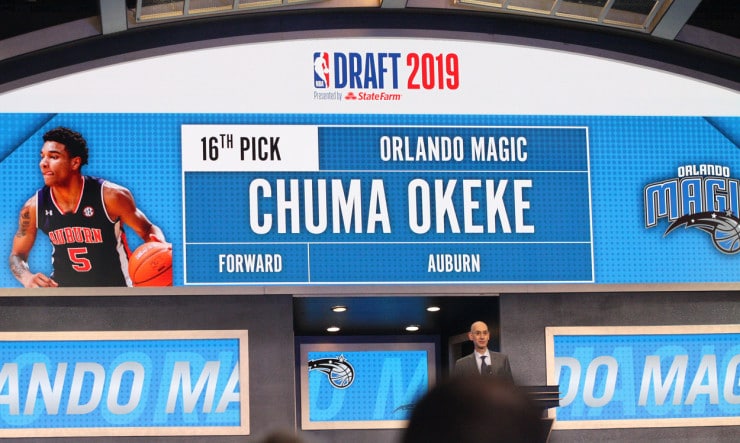 With the 16th overall pick in the NBA Draft, the Orlando Magic have selected Chuma Okeke, the former Auburn standout.

So, now, it appears as if the Orlando Magic will spend the next season rehabbing their first-round pick with Okeke coming off a devastating ACL tear suffered during the Sweet Sixteen. There is no doubt Okeke would have been drafted higher had this injury not occurred — the man clearly has talent.

Okeke shot a career-best 38.9 percent from three-point range during his two-year run at Auburn and an even more impressive 48.1 percent from the field. Had he not gone down during Auburn’s borderline-Cinderella run in the tournament, the college could have very well hoisted the final trophy. Ultimately, Okeke is an ideal stretch four in today’s NBA, as he stands 6-foot-8 and owns a monster 7-foot wingspan.

Pairing Okeke on the court with the young, defensive studs like Jonathan Isaac and Mohamed Bamaba will absolutely cause havoc to any opposing frontcourts. It will be a long year for Okeke as he prepares to come back from injury, but Orlando is in a position to be patient. High-level rehabilitation combined with the blessings of modern medicine should get him back on the court in no-time.

Once that happens, watch out.