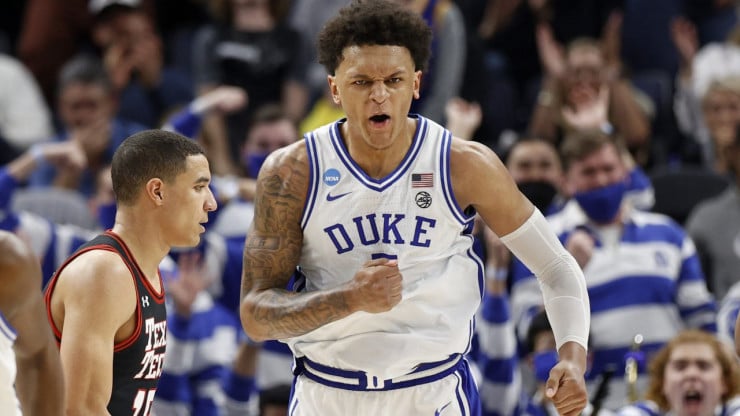 Paolo Banchero is a hot topic of conversation among NBA executives this week, and he’s apparently on the minds of bettors, too.

Ahead of Thursday’s NBA Draft, Banchero has seen an influx of wagers to be the No. 1 overall selection. While Jabari Smith Jr. remains the odds-on favorite to be picked first, Banchero’s odds have gone from 9-1 to 1-2 in less than a week’s time.

From a price of +500 at midnight to -200 just two and a half hours later, the NBA Draft props market has seen one of its biggest shifts in history less than 24 hours from the event in Brooklyn, New York.

Banchero’s price to be drafted first overall continued to shorten every hour, but seems to have now settled at around -180 with his two rivals Jabari Smith Jr. and Chet Holmgren sitting at +140 and +1000 respectively.

This movement has prompted NBA fans to suggest that a trade between the Houston Rockets and Orlando Magic could be in the works, and that the Rockets may trade up to the number one pick in the hope of securing Banchero’s signature ahead of Orlando and the Oklahoma City Thunder.

There could be a fear within the Houston Rockets that if the Magic decide to select Chet Holmgren with the first pick, Oklahoma would resort to selecting Banchero, leaving Jabari Smith Jr. most likely heading to Houston. The Rockets appear to be set on adding Banchero to their ever-growing roster of young talent featuring Jalen Green and Kevin Porter Jr.

Below, you will find our deluge of draft props. Major movements during the last five days are noted in bold.

Will Collin Gillespie be drafted?