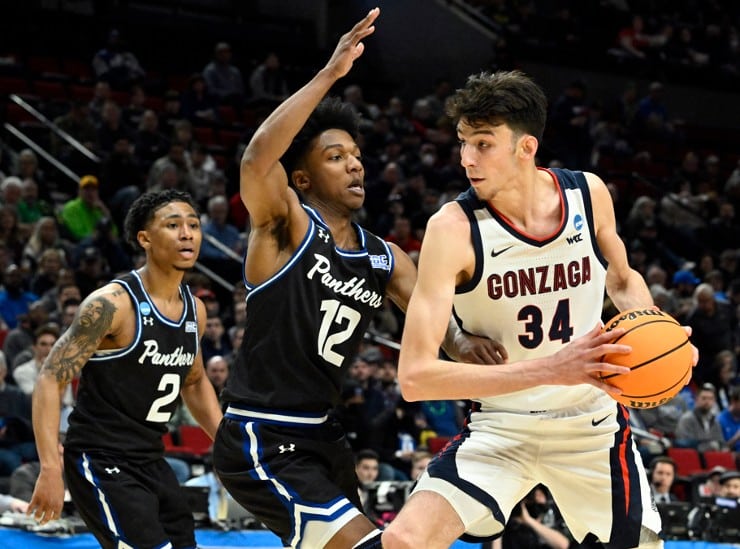 On Thursday, June 23, the 2022 NBA Draft airs live at 7:30 p.m. ET on ABC and ESPN; our NBA Mock Draft 2022 for Round 1 is featured below. This is the 76th edition of the league’s annual draft. This event is occurring at Barclays Center in Brooklyn, New York. The top 5 projected first-round selections include Jabari Smith Jr., Chet Holmgren, Paolo Banchero, Jaden Ivey and Keegan Murray.

RELATED: NBA Draft 2022: Which Teams Can Improve the Most on NBA Draft Day?

Moreover, for a reminder, this draft order is subject to change. Anyway, the Magic could use a 3-point shooter. Jabari Smith is 6’10” and weighs 220 lbs. He ranked fourth in the SEC for made threes (79). Also, Smith is a distant cousin of Kwame Brown, who the Wizards selected first overall in the 2001 NBA Draft.

In Smith’s freshman season at Auburn, he was selected consensus second-team All-American, NABC Freshman of the Year and first-team All-SEC. Plus, the forward was named to the SEC All-Freshman Team. His best college performance was displayed on Feb. 16, when Auburn defeated Vanderbilt 94-80 at home.

In Auburn’s 14-point victory, Smith scored a season-high 31 points in 28 minutes played. To add to the statistics above, he ranked third in defensive rebounds (220) in the SEC.

Furthermore, the Thunder finished 24-58 (.293) in the 2021-22 regular season, ranking 14th in the Western Conference. While they averaged 53.4 rebounds per game and ranked fifth in the league, the team could use another big man. Mike Muscala played in only 43 games last season. And Darius Bazley actually led Oklahoma City in rebounds, averaging 6.3 per game.

Chet Holmgren is a 7-foot center and weighs 195 lbs. Holmgren was selected consensus second-team All-American and first-team All-WCC in the 2021-22 season. The Gonzaga center averaged 14.1 points, 9.9 rebounds and 1.9 assists in 32 games played in the 2021-22 season. He ranked first on the Recruiting Services Consensus Index (RSCI) top 100 list in 2021.

Next, the Rockets ended their 2021-22 regular season 20-62 (.244), ranking dead last in the Western Conference. Over the last two seasons, the Rockets are 37-117 (.240) under head coach Stephen Silas. In the 2021 NBA Draft, Houston selected Jalen Green second overall. They can only improve upon what they’ve already added. Similar to the Thunder, the Rockets have some of the most firepower in this year’s draft. They own the Nos. 3, 17 and 26 picks.