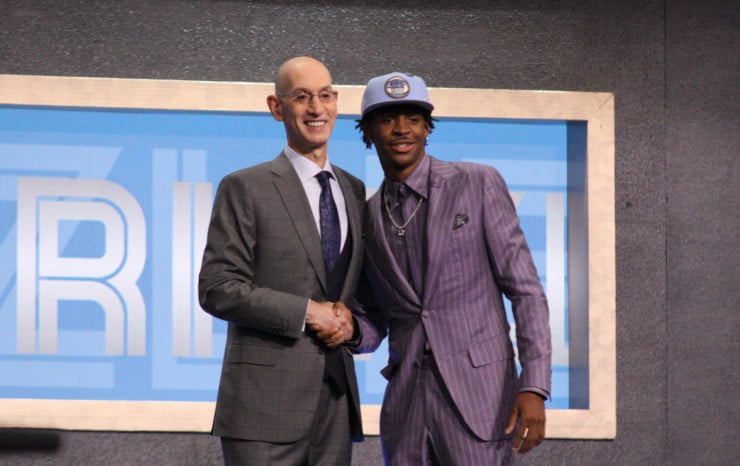 With the second overall pick in the NBA Draft, the Memphis Grizzlies select guard Ja Morant of Murray State.

In the wake of the franchise trading its cornerstone Mike Conley Jr. to the Utah Jazz yesterday, the Grizzlies are fully embracing their rebuild by drafting Morant as its point guard of the future.

Many speculated that this draft only had one elite prospect in Zion Williamson, but after the NCAA tournament concluded, it was clear that Morant deserved much of the same recognition.

The upstart sophomore exploded onto the scene, averaging 24.5 points and 10 assists on 50/36/81 splits. Morant’s athleticism and explosiveness drew oohs and aahs from everyone in the NCAA. His efforts got the school some recognition as well, as Murray State, who had the 12th seed in the tournament, upset the fifth-seeded Marquette University in the first round.

As exciting as he is, Ja has flaws that he does need to work on. His jumper still is a little questionable and his 5.2 turnover average needs to be improved on if he is to reach his potential. Needless to say, he has plenty of time to work on that. With him on board, he and Jaren Jackson Jr. are the new pillars of youth in Grind City.

After months of being stuck between a rock and a hard place, the Grizzlies now have a more than a solid foundation of youth as they transition away from the Grit-and-Grind era.