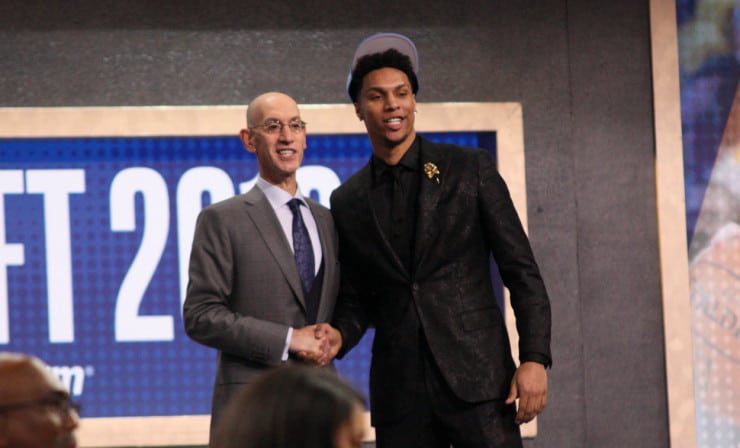 After swapping picks with the Oklahoma City Thunder, the Grizzlies have selected Brandon Clarke with the 21st overall pick in the 2019 NBA Draft.

The Grizzlies get an incredibly nice piece in Brandon Clarke to help jumpstart their rebuild. Clarke’s dramatic drop in the draft order was certainly one of the bigger surprises of the night.

Perhaps one of the reasons Clarke dropped so far could be his length. While he stands tall at 6-foot-8, his wingspan is just that – 6-foot-8. Teams in the NBA today covet length, as it allows players to guard multiple positions much easier.

His length should be the least of concerns surrounding his game. Clarke is an incredibly gifted athlete. He is a defensive-minded player who has the ability to blossom on offense. In his latest season with Gonzaga, he averaged 16.9 points and 8.6 assists. Despite his length, he still has the ability to guard the one through four pretty easily. Obviously, the NBA requires a different degree of length compared to college hoops, but his athleticism certainly makes up for the lack of range.

For whatever reason, a handful of teams passed up on Clarke who was expected to go much earlier. He is the type of player that will only use this as fuel to the fire and should have a very successful NBA career.