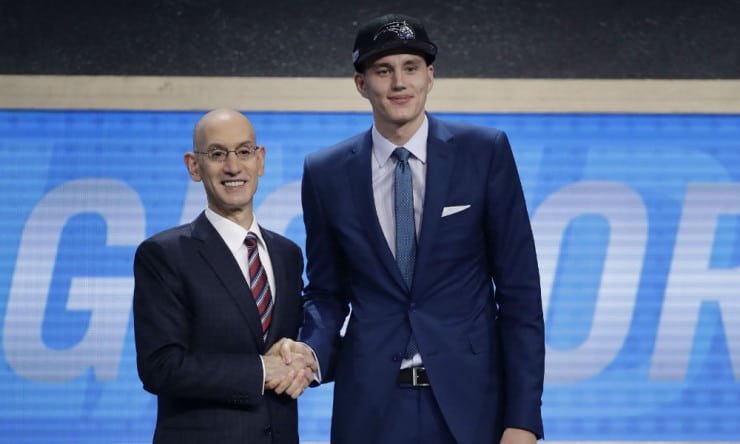 With the 25th pick in the 2017 NBA Draft, the Philadelphia 76ers have selected Anzejs Pasecniks from Latvia.

Listed at 7-foot-2, Pasecniks averaged 7.8 points and 3.1 rebounds per game this season for Gran Canaria in Spain. Pasecniks has great athleticism for his size and figures to be a perfect match in the pace-and-space style of the NBA once he comes over.

Pasecniks previously played with fellow Latvian Kristaps Porzingis at the 2013 U18 European Championships. He was unable to transition to the NBA sooner due to his relatively small size at his height. In the past few years, he started to fill out his frame and now appears more ready for the NBA.

Basketball Insiders’ Steve Kyler reported that Pasecniks has two more years left on his deal overseas and said that he had not met with the 76ers prior to the draft. For the time being, it appears as though Pasecniks will be a draft and stash for the 76ers.

The Magic entered draft night with two first-round picks and opted to trade the second pick to the 76ers. The Magic picked up this pick and Terrence Ross from the Toronto Raptors in exchange for Serge Ibaka just prior to the NBA trade deadline.

Now, Pasecniks appears to be another asset the 76ers will have going into the future.