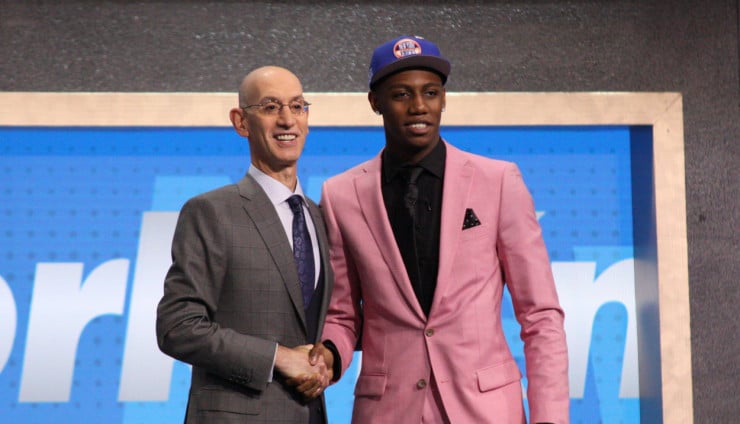 With the third overall pick in the 2019 NBA Draft, the New York Knicks have selected RJ Barrett.

The Knicks entered the draft with lots of needs, a point evidenced by the range of guys they worked out — which, of course, persisted right up through draft day. Ultimately, they decided to stick with the highest rated prospect of the bunch in Barrett.

Barrett, the second Blue Devil selected in the top three, provides the Knicks with a versatile wing that complements Kevin Knox, their lottery selection from 2018.

Barrett is clearly a bucket-getter and averaged 22.6 points per game, a number that tied Zion Williamson as Duke’s leading scorer. He needs to improve from an efficiency standpoint as he shot just 45 percent from the floor and 31 percent from three-point range, which will be a challenge if the Knicks fail to surround him with established stars and veterans.

But Barrett is an underrated rebounder (7.6 RPG) and distributor (4.3 APG) — so he’ll add some much-needed talent to a team that was badly in need of scoring and leadership last season.

The question for Barrett will be can he handle the pressure of maturing and developing under the bright lights of New York and its significant media presence. It has ripped up most Knicks rookies of late, but Barrett joins the franchise as the most-lauded prospect since Patrick Ewing. Of note, Barrett insists that the pressure of leading the Knicks back to contention won’t phase him.