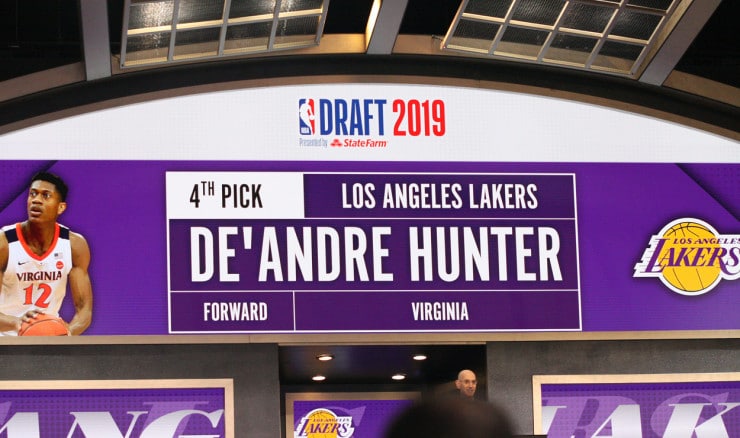 After sending picks eight, 17, and 35 to the Pelicans, the Hawks have selected DeAndre Hunter as their next guy. He’ll be combining his special talents with John Collins and Trae Young – two very gifted, young players in their own right. The Hawks have added DeAndre to their already promising and youthful core and look to be continuing their incredibly successful rebuild.

Hunter is coming off a highly-successful college campaign where he was an NCAA Champion and ACC Defensive Player of the Year. He anchored the well-built defensive unit in Virginia and was a key piece – if not the most important piece – to their epic tournament run. He was huge throughout their big dance showing hitting many clutch shots and putting Virginia on his back when the going was tough. It’s easy to see he is no stranger to the spotlight.

He will be an instant help to an Atlanta defense that mightily struggled on that end of the floor last season. His frame will allow him to guard multiple positions and he will fit in seamlessly on that end of the court. Three-and-D players have become a major necessity in this league, so if Hunter can continue to develop his shot he will be in the league for many years to come and potentially help the Hawks reach playoff success sooner rather than later.