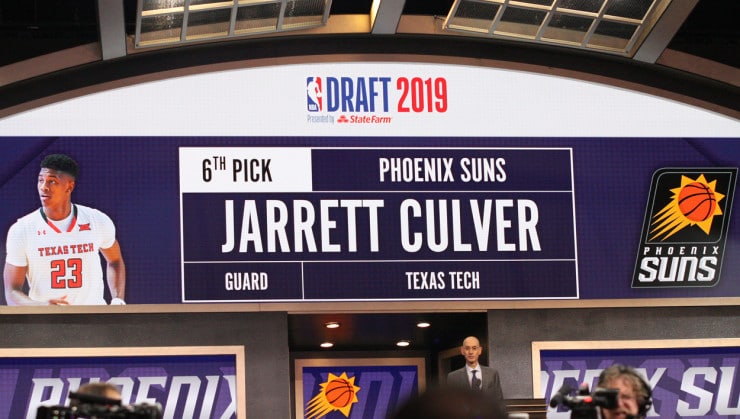 After acquiring the rights to sixth overall pick from Phoenix in exchange for the 11th pick and Dario Saric, the Minnesota Timberwolves have selected guard Jarrett Culver from Texas Tech University.

Culver made a sizable jump in his sophomore season with the Red Raiders, upping his scoring output to 18.5 points per game on 46 percent shooting. He was instrumental in TTU having the success it did during the 2018-19 campaign, in which they were a runner-up in the NCAA Championship game.

As one of the longest players in this class stature wise, Culver has plenty of defensive versatility to guard one through five. He can get steals, block shots and switch with the best of them. As we saw in March, his shooting can use some work (he’s pretty streaky). The lack of explosiveness off the dribble also leaves something to be desired.

But the pros certainly outweigh the cons with Culver. He is somebody who loves to have the ball in his hands down the stretch and can take the big shot when you need somebody to step up. The Wolves will love to pair him with Karl-Anthony Towns as they continue to try to solve their biggest issue – wing scoring.