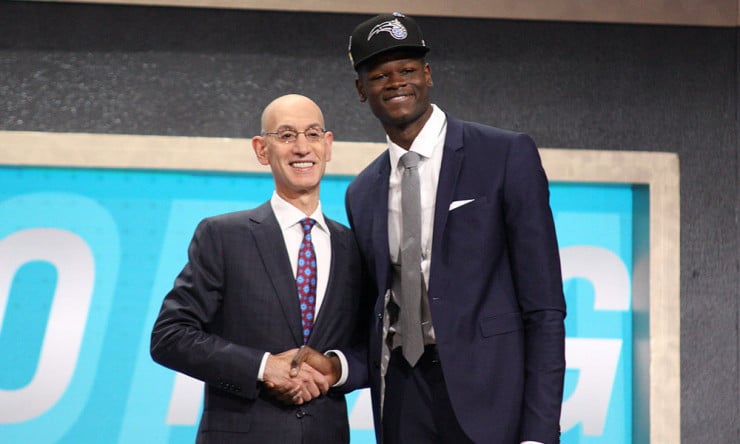 The Orlando Magic will select Mo Bamba from Texas with the sixth pick in the NBA Draft.

Let’s talk about wingspans for a second, Bamba has a 7-foot-10 wingspan.

He had a very productive freshman year, and Texas has a history of very productive players coming out of their system. With Bamba, the Magic add another talented player to their already talented front court and fill a potential void in the future. They now have two young core pieces to build around with Bamba and Jonathan Isaac.

Bamba’s game is going to translate very well. The Magic have not had a forward this dynamic in a long time. He is very athletic and skilled at the rim. He is also great at getting rebounds and just dominates the board, something the Magic haven’t had since Dwight Howard. He is going to be the future for the Magic for a long time and Magic fans should be pleased with him sliding to the number six pick. He fits Steve Clifford’s system very well and will now play alongside Nikola Vučević with a dangerous and lethal front court.

He is not the traditional stretch four (shooting the three ball), but he will still be very productive in today’s NBA.