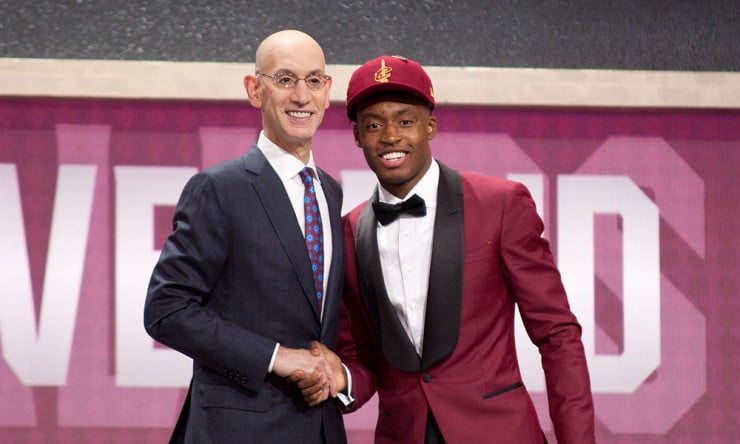 With the eighth pick in the NBA Draft via the Brooklyn Nets, the Cleveland Cavaliers selected freshman guard Collin Sexton out of Alabama.

A standout for Avery Johnson in his lone season with the Crimson Tide, Sexton made the most of his short time at the college ranks, earning co-SEC Freshman of the Year honors along with Kentucky forward Kevin Knox.

With his usage rate near 33 percent, Alabama’s offense ran through Sexton the entire year. According to Basketball Reference, his 18.9 points produced per game average was the number one in the conference.

Going with the basic statistics, Sexton averaged over 19 points on 44.7 percent from the field in 33 games.

The biggest knocks on Sexton’s game are his size and jump shot. He measured in at just 6-foot, one-and-a-half inches at the NBA Draft Combine in May and is listed at 183 pounds, though his wingspan is 6-foot-7 and a quarter-inch. The three-ball is a work in progress (33.6 percent overall, 24.2 percent vs. conference opponents) as well.

In spite of that, however, Sexton is one of the most competitive players in the 2018 draft class. His relentlessness makes him stand out from the rest of the crowd. He forces his way into the paint and is constantly in attack mode.

Sexton got to the line 252 times and had a rather high free throw percentage (77.8 percent) for a college player. The figure ranked him second in the SEC and seventh in the NCAA overall among all of his peers, not only players from his class. There is a “dog” in Sexton that other players don’t have. You can just see it in his eyes and how he plays.

After losing Kyrie Irving one summer ago, the Cavaliers – pending a potential trade down the line, of course – have their future superstar point guard and are ready to move forward.

Whether that’s with LeBron James or not remains to be seen. Stay tuned…