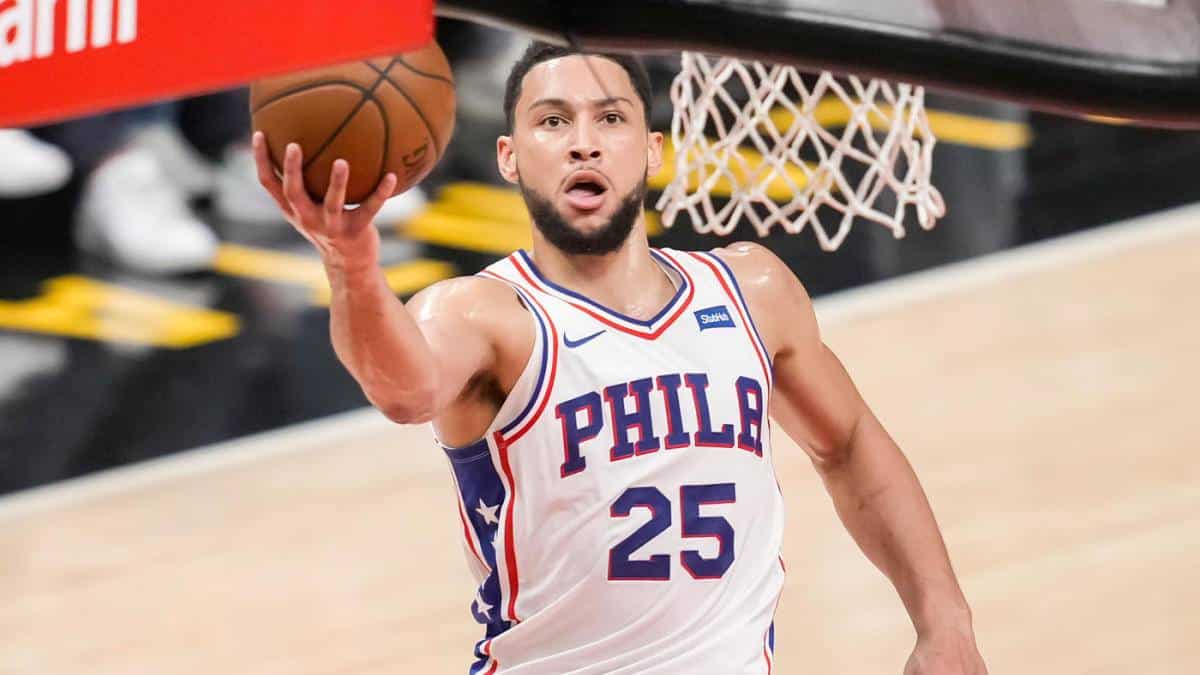 According to oddsmakers via BetMGM sportsbook, the Golden State Warriors are now the official favorites to trade for Ben Simmons from the Philadelphia 76ers. Even the San Antonio Spurs could pursue a trade; the odds have now been updated. For a reminder, all bets are void if Simmons returns to the 76ers. However, that scenario is unlikely at this point. On Tuesday, the guard told Daryl Morey, the team’s president of basketball operations, that he has no interest in attending training camp with the organization.

Training camp begins on September 28th. On Wednesday, Joel Embiid defended his teammate on Twitter, making it clear to everyone that the 2021 Eastern Conference Semifinals series loss against the Atlanta Hawks was a team-effort defeat. In addition to Embiid’s tweets, Sacramento Kings general manager Monte McNair—first hired on September 17, 2020—is refusing to package both De’Aaron Fox and Tyrese Haliburton together in a trade for Simmons.

Per sources, these aforementioned Sacramento players are off limits. As a result, this has lowered the Kings’ odds of trading for the fourth-year guard, considering Philadelphia’s front office are shooting for a king’s ransom; Fox, Haliburton and multiple first-round draft picks are not cutting it. Not to mention, 76ers general manager Elton Brand is demanding more from the Toronto Raptors and Minnesota Timberwolves than those teams’ general managers were willing to yield.

Moreover, bettors are expecting GM Elton Brand to trade the point guard during preseason, but a potential in-season trade is still in the cards. In the 2020-21 NBA season, Simmons averaged 14.3 points, 7.2 rebounds and 6.9 assists per game.

The 25-year-old Australian also shot 55.7 percent from the field and 30 percent from three-point range. He concluded his season with a total of 401 assists, finishing 16th on the list. Defensively, he averaged 1.6 assists per game last season, ranking seventh overall in the league, and the guard made All-Defensive First Team. His defensive rating also ranked fifth, with a rating of 106.1.

Odds retrieved from BetMGM. They are available only in Washington D.C. and Colorado.