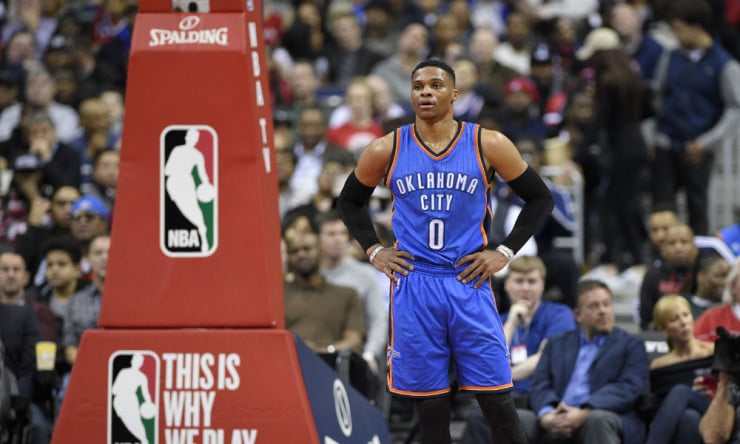 Russell Westbrook has been able to do just about anything he wants this season. He averaged a triple-double, broke Oscar Robertson’s single-season record for triple-doubles and carried the Thunder to the playoffs despite the loss of Kevin Durant in free agency. Thus far in the playoffs, however, his individual brilliance hasn’t translated into wins against the Houston Rockets.

“Let’s be honest,” Thunder coach Billy Donovan said Thursday after his team practiced in Oklahoma City. “When Russell has been off the floor for us, there’s been a differential.” “I have an enormous amount of trust and confidence after being with Russell this season for 82 games and seeing the ways he’s closed out games and different things that he’s done,” Donovan said. “I trust him when he’s got the ball in terms of making decisions.