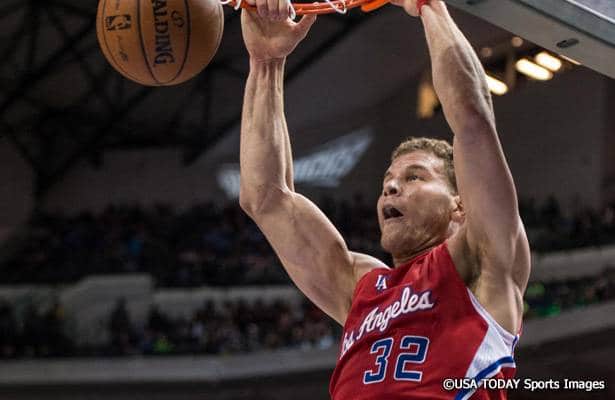 Blake Griffin could return Sunday afternoon at Staples Center against Houston, five weeks after the team lost him to a staph infection in his right elbow.

“He’s working out great. I know that; I’ve found that out,” Rivers said before the game. “He had a hard workout today and went through it.”

Rivers said Griffin texted him that he was feeling good after the workout, but that doesn’t necessarily mean he’s ready to play immediately.

If Griffin doesn’t return Sunday, he’s likely to play Tuesday when Charlotte comes to Staples Center, seemingly putting an end to the murky timeline that has surrounded the injury.

via Dan Woike of The Orange County Register