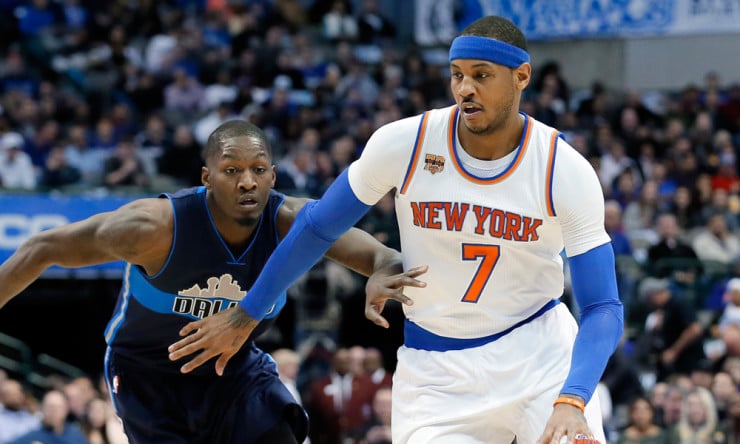 Carmelo Anthony said Wednesday that he is at “peace” with his current situation but isn’t sure whether he will remain with the New York Knicks.

Speaking to reporters at the Basketball Tournament’s Day of Giving in Baltimore, Anthony said he has not met with the Knicks about his future with the team. Anthony has been connected to the Houston Rockets as a possible trade target this offseason. Anthony called the past 12 months, which have been filled with trade rumors, an “emotional roller coaster.” “I had to find peace. I had to come to peace with myself and come to peace with kind of the situation I’m in. And kind of try to find happiness again,” Anthony said in reference to the Knicks’ publicly stated desire to trade him. “I kind of lost that a little bit, but I’m finding it now, and it feels good.”