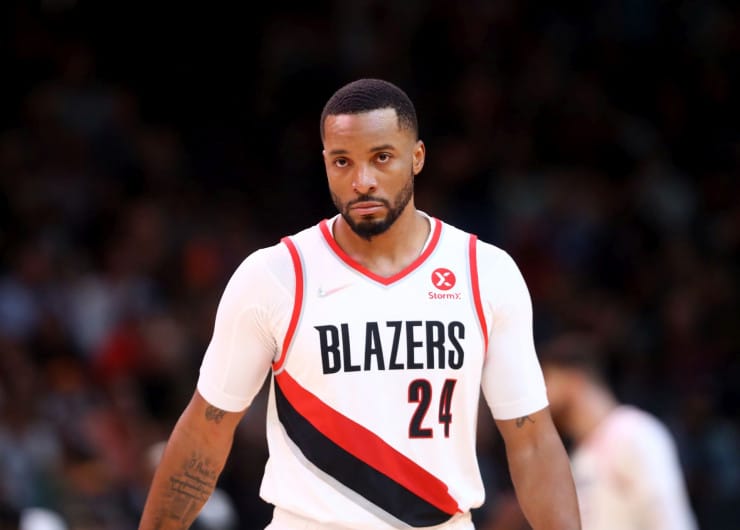 The Los Angeles Clippers have agreed to trade Eric Bledsoe, Justice Winslow, Keon Johnson, and a future second-round pick to the Portland Trail Blazers for Norman Powell and Robert Covington. The second-round pick is a 2025 selection via the Detroit Pistons. Let’s take a look further into the Norman Powell trade on the Friday before the NBA Trade Deadline.

This Norman Powell trade for the Clippers was more about next season after head coach Ty Lue stated last night that Kawhi Leonard “probably won’t return this season” and they are still unsure of the status of Paul George, who has missed the last 22 games for the team. Powell will be an ideal fit next to the two superstars, and just signed a five-year, $90 million contract this past offseason.

Covington is on an expiring contract, and Bledsoe has a small guarantee for next season. The move allows Portland to get under the luxury tax, as they sit right on the edge of the postseason in the 10th spot out West. The team is still without Damian Lillard, who may or may not return this season after his abdominal surgery.

Eric Bledsoe Trade to the Blazers

The Clippers have moved on from the Bledsoe experiment, after his second stint with the team. Los Angeles seems to have found a solution at point guard with the outstanding play of Reggie Jackson, who led the team in a thrilling win last night against the rival Lakers. Jackson made the game-winning layup and finished with 25 points, 8 rebounds, and 6 assists.

REGGIE JACKSON FOR THE WIN 🥶 pic.twitter.com/RBpAF7tBxE

Last night’s win put the Clippers back at .500 with a 27-27 record. While the organization may not know what the rest of this season will look like for them, they are sold on the idea of getting back into the playoffs and making a push for title contention next year. As an outstanding two-way player, Powell will play an important role in their ability to do that in the coming years and should have plenty of space to operate with this team.

The Clippers are likely not done shuffling their roster, as there are still six days remaining until the NBA Trade Deadline. They want to surround their two stars with shooters and versatile defenders. After the Norman Powell trade to Portland last year, Powell is having a great season, averaging 18.7 points on 40.6 percent three-point shooting.

This deal also helps Portland clear some space to reshape their roster around Damian Lillard and CJ McCollum. They have a great young talent in Johnson, who was the 21st pick in the 2021 draft out of Tennessee. The 19-year-old is considered to have significant potential and should fit right in with this group.

What allows the Blazers to make this move is the emergence of 21-year-old Anfernee Simons, who has been sensational this season. The fans in Portland may not get excited about this move but it does give them a more positive outlook than if they just stayed the course and ran it back with the same group next year.

This deal is good for both sides, with each team having an eye on the future. The Clippers may have gotten the best of this deal, but both teams continue to wait on their star players to get back on the floor.