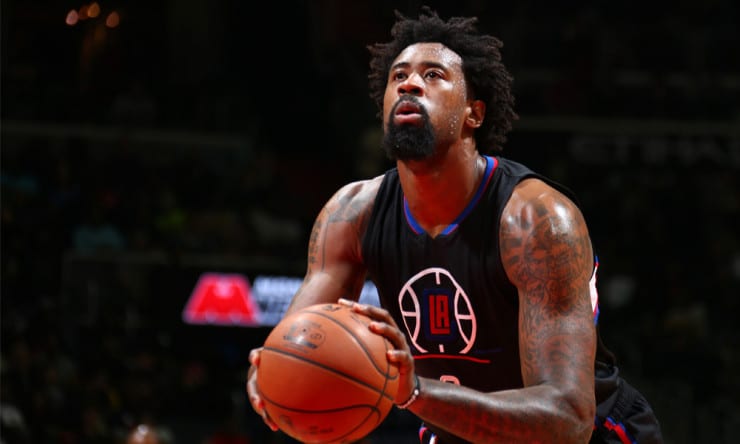 Early in the second half on Sunday at Staples Center, DeAndre Jordan stuck his right hand out to try and snag a loose ball. But, as the Clippers’ star center opened his right hand and reached for the ball, his thumb and Utah guard George Hill collided, and the results were painful.

Jordan immediately grabbed at his hand while bending over at the waist. He tried to keep playing, taking a step before doubling over again. “Anytime I see him like that, I’m worried,” Paul said. It seems like the Clipper guard can safely breathe a sigh of relief. Jordan’s thumb was merely sprained, and x-rays taken after game were negative. He was able to return to the game, finishing with 16 rebounds and a team-best plus-18 rating.