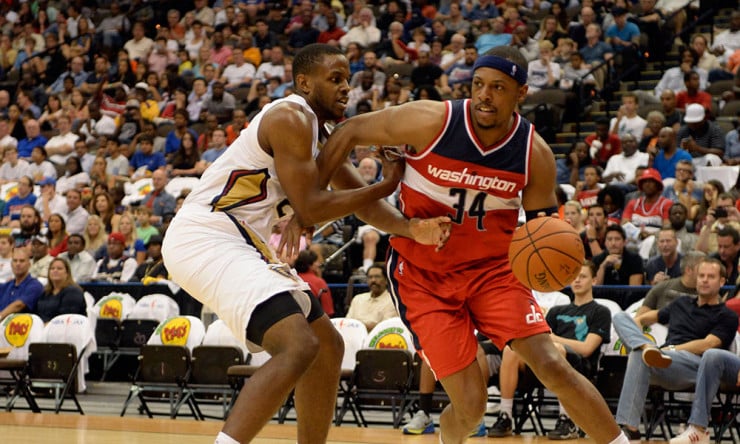 Just when the Los Angeles Clippers were on the verge of returning to full form, with Blake Griffin eligible to finally rejoin the action at the start of next week, they lost Paul Pierce to a sprained right ankle during their 114-90 victory over the Boston Celtics on Monday night.

Pierce went down during a drive to the basket with two minutes left in the second quarter. He bumped his leg against a Celtic while in the air, then his leg buckled upon landing and his ankle rolled. Pierce grabbed his knee at first. He was helped up, then put his arms around teammates to get to the sideline, before finally heading the rest of the way to the locker room on his own.