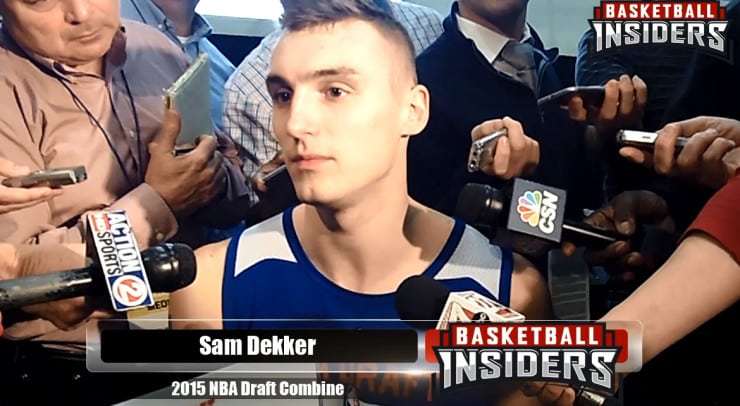 So what guy has impressed Sam Dekker through the run-up for the draft?

“A guy I work out with, R.J. Hunter, has been a real pleasant surprise to me,’’ Dekker said. “I thought he was one of those guys … I played for my dad (Todd, at Sheboygan Area Lutheran High School) before so I know what it’s like playing for your dad … so I thought he had the green light and was just a high volume shooter that scored.“But it’s the opposite of that. He’s a very efficient basketball player. He does a lot more than just shoot the ball and he’s a pretty darn good shooter. I’ve been really impressed with him.’’