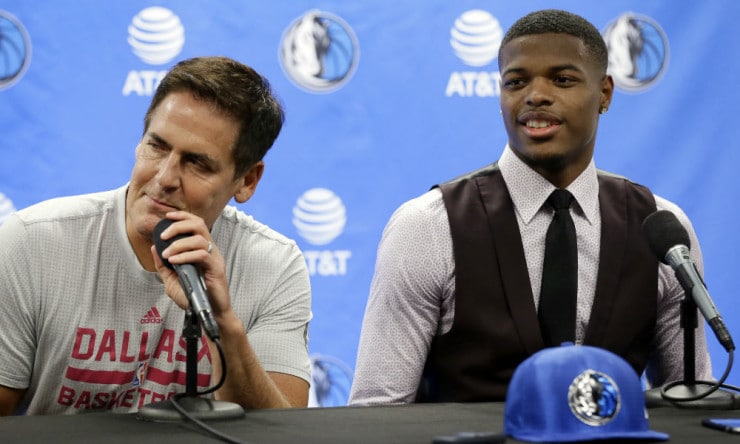 Before Phil Jackson passed on perhaps the most exciting prospect of the 2017 rookie class, the Knicks president encouraged Dennis Smith Jr. to eat an exotic delicacy.

“We went out to some restaurant and they had me eat some octopus, like an actual octopus tentacle,” Smith Jr. told the Daily News. “First time ever. I wasn’t going to try it, honestly. They kind of put the pressure on me to do it.”

There may have also been some gamesmanship from Mavs owner Mark Cuban, who visited [Frank] Ntilikina in Europe and posed for a picture with the Frenchman that quickly made the rounds on social media. Later, a report surfaced that the Mavericks were set to add Ntilikina’s coach from France to their Summer League staff.

The inference was that the Mavericks were committed to drafting Ntilikina, theoretically making it more enticing for Jackson to draft him a spot higher to keep him out of the hands of a former nemesis. Only the Mavericks never hired Ntilikina’s coach from France for their Summer League squad. Instead, they gave Smith Jr.’s former college coach, Mark Gottfried, a spot on the staff and, as Smith Jr. told The News, a permanent gig with Dallas’ G-League team.

Regardless if there were any deceptive tactics from the Mavs, the Knicks had a chance to draft Smith Jr. and decided against it.

“I definitely thought it was possible,” Smith Jr. told The News. “I flew in there, I had a great meeting with them. Then the draft came and things just changed.

“But I’m thankful for everything that did happen.”