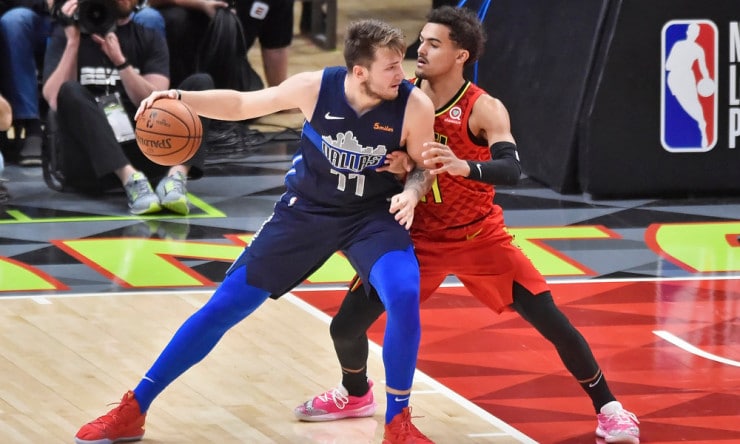 There are eleven exciting games on in the NBA tonight for fans to enjoy this evening. At 7:00pm tonight the 7-8 Miami Heat will be facing the 8-7 Washington Wizards. Later on at 8:00pm, the 7-8 Oklahoma City Thunder will be on the road to face the 9=6 Memphis Grizzlies. Rounding out the night at 10:30pm are the 3-13 Detroit Pistons who are in LA to take on the 3-10 Lakers.

Top teams in each conference will be squaring off tonight. Being nationally televised on ESPN tonight at 7:30pm are the 11-3 Milwaukee Bucks who are on the road tonight vs a 7-7 Philadelphia 76ers squad. At 8:30pm, the 12-3 Boston Celtics will face a western conference opponent in the 9-6 New Orleans Pelicans. Finishing the night we have the 8-7 New York Knicks who will be on the road to face the 6-9 Golden State Warriors.

NBA betting sites have the Warriors at (+750) to win the Finals this season.

22 teams in action tonight on ESPN and the NBA App!

The Milwaukee Bucks have the second best record in the Eastern Conference this season at 11-3 and are looking to start a new win streak after losing three of their last five. Brook Lopez lead the Bucks in scoring in their last game vs Cleveland with 29 points. Jrue Holiday (ankle) is questionable for tonight’s game and Grayson Allen (ankle) is probable to play. Wesley Matthews (hamstring) is out tonight vs Philly.

Philadelphia is a .500 team at this point in the season with a 7-7 record and that is fourth place in the Atlantic Conference. The team is 3-3 in their last six games, but Joel Embiid has been heating up quickly. He scored 42 and 59 points in his last two games and the big man has found himself in MVP talks once again. Tobias Harris (left hip soreness) is questionable for the game tonight.

Denver has been trending upwards recently and the team has won five of their last seven games. They are second in the Northwest Division behind the Portland Trail Blazers. Per usual, Nikola Jokic is the superstar on the Nuggets. He’s leading the team in points (20.8), rebounds (9.5), assists (8.9), and steals (1.5) per game. The Nuggets have a nice rotation this season with seven different players averaging double-digit points per game.

The Boston Celtics are the hottest team in the NBA right now as they’ve won eight games straight and have the best record in the Eastern Conference and the league. They are 12-3 right now and have been firing on all cylinders as of late. Jayson Tatum and Marcus Smart have been invaluable for the Celtics early. Tatum leads the team in points (31.1), rebounds (7.4), and blocks (1.4) per game. Smart leads the team in assists (7.1) and steals (1.1) per game. He is tenth in the league in assists per game with 7.1.

New Orleans has found their own small hot streak as of late. The team has won four of their last five games and they are first place in the Southwest Division. Zion Williamson, Brandon Ingram, and CJ McCollum are the only Pelicans to average over 30 minutes per game this season. Williamson is leading the team in scoring with (23.5) points per game.

The Phoenix Suns have hit a rough patch in their recent stretch after a 6-1 start to the season. Phoenix is 3-4 in their last seven games and will face a Utah team who’s had some struggles as well. Devin Booker and the Suns are first place in the Pacific Division. He’s leading the team in points with (26.6) per game which is the eleventh highest in the league.

Utah has seen their own struggles as of late as well. The Jazz have lost three straight games after having a four game win streak before this. With a 10-6 record, the Jazz are second place in the Northwest Division. The Jazz have six player on the team who average double-digit points per game for Utah. Lauri Markkenan leads the team with (21.2) points and (8.4) rebounds per game.

will Twitter still be here when the game starts?

It’s been a better start than expected for the New York Knicks this season. The team has an 8-7 record and are third in the Atlantic Division. They have also won three of their last four games including two impressive wins in a row vs the Jazz and Nuggets. Julius Randle has started all 15 games for the Knicks this season and he leads the team in points (21.3) and rebounds (8.9) per game.

On the other hand, it’s been slow for the Golden State Warriors who won the NBA Finals last season. The team is just 6-9 so far and are fourth place in the Pacific Division. They are 3-2 in their last five games and Steph Curry had 50 points in their last game and still lost the game. Steph Curry is averaging (32.8) points, (6.8) rebounds, and (6.4) assists per game this season.