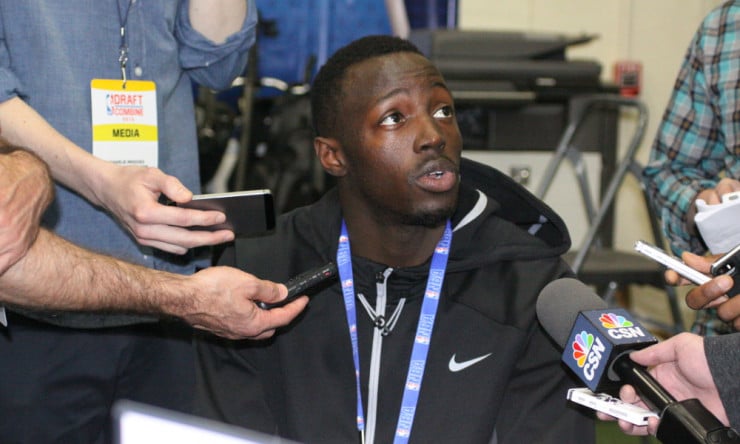 Derek Fisher gave his rookie point guard a vote of confidence, even though Jerian Grant has struggled and played sparingly after being picked 19th overall.

“He has all of tools necessary to be a really good player for us going forward,” Fisher said. “He can handle the ball. When he’s under control, he’s making good decisions with the ball. I think he can shoot better than he can shoot sometimes. And he has good size, good hands, defensively. There’s a lot of good things about him. That’s why he’s here, and we believe in him. …We still believe in who he is. We’re still invested in him. We like his future.”