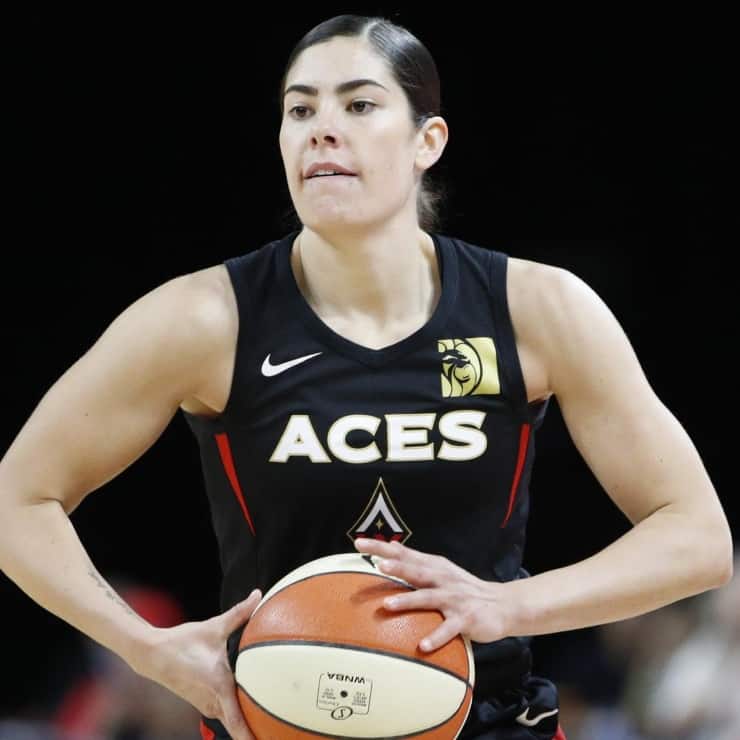 There are four WNBA games being played Friday night; free WNBA picks are available. The Washington Mystics are playing the New York Liberty at 7 p.m. ET. At the same time, the Minnesota Lynx are facing the Indiana Fever. Minnesota-Indiana airs on CBSSN. Washington-New York will air live on Twitter.

Then, at 8 p.m. ET, the Las Vegas Aces are competing against the Chicago Sky. The late night matchup is the Phoenix Mercury-Seattle Storm game. This game begins at 10 p.m. ET. Las Vegas-Chicago and Phoenix-Seattle will air on NBATV. The odds below were retrieved from Bovada.

Washington is 8-2 in the past 10 games played against New York. Furthermore, the Mystics are 6-9 against the spread on the road and 4-11 away this season. They are also 5-12 straight up in their past 17 games played, 1-5 in their last six road games and the total has gone under in seven of the team’s previous 10 games. On the flip side, New York is 6-9 ATS at home and 6-9 overall in home games.

Mystics: Elena Delle Donne is out indefinitely due to a back injury. Myisha Hines-Allen is listed as questionable Friday because of an illness.

Liberty: Reshanda Gray is listed as questionable versus the Mystics because of an illness. Jocelyn Willoughby is out for the season due to an Achilles injury.

The Liberty are 0-5 in their last five games, 1-5 in their past six home games and the total has gone under in four of New York’s previous five games. Record-wise, the Mystics and Liberty are in a similar boat. Though, the Liberty did win the previous matchup 82-79 on July 3, 2021. All things considered, stick with the Mystics. Washington should win and the total will go under 163.

Lynx: Layshia Clarendon is listed as questionable due to her fibula injury, and both Damiris Dantas and Rennia Davis are out for the season. The center and guard are recovering from foot injuries.

Fever: Chelsey Perry and Jessica Breland are out for the season. To add to the list, Danielle Robinson and Tiffany Mitchell are listed as questionable to play against the Lynx. Kysre Gondrezick is out indefinitely as well.

As for the Fever, they are 0-5 in their past five games played. The total has also gone over in four of the team’s last five games. Not to mention, Indiana is 3-9 SU in their previous 12 home games. In other words, this game is a clear mismatch. Pick the Lynx to win and the total will go over.

Moreover, the Aces are 6-4 in their last 10 head-to-head contests versus the Sky. Unlike the other WNBA games today, this one is more of a tossup. If the Sky manage to pull off an upset, that outcome would not be the biggest shocker. After all, Chicago won the previous meeting 92-84 on Sept. 5, 2021. However, Las Vegas is 5-1 in their past six games played. They are also 2-4 ATS in their last six games, 5-2 SU in their previous seven road games and the total has gone under in four of the team’s past six away games.

Aces: Angel McCoughtry is listed as questionable due to a knee injury. Liz Cambage was downgraded to out because she is still recovering from COVID-19.

Sky: Stefanie Dolson is listed as doubtful for tonight’s game due to a knee injury.

For the Sky, they are 3-8-1 ATS in their last 12 games, 5-14 in their past 19 home games and the total has gone over in eight of Chicago’s previous 10 home games. For other notable betting trends, the Aces are 4-8 ATS in their past 12 games versus the Sky when playing at the Wintrust Arena. Go with your gut instincts on this one. Pick the Aces to squeak by and the total will go under 169.5.

Seattle is 6-4 in their last 10 games played against Phoenix and 6-4 ATS in these games. The Mercury are 11-4 ATS away and 12-3 in road games this season. That is a fantastic road record. This is exactly why some bettors are hesitant to pick Seattle to win tonight. Plus, the Mercury are 10-1 in their past 11 games and the total has gone under in four of their previous six games. A fair argument can be made for either one.

Mercury: Diana Taurasi is out Friday due to an ankle injury. Forward Alanna Smith is in quarantine, so she is listed as questionable to play as well.

Storm: Breanna Stewart is out indefinitely because of a foot injury. Jordin Canada is listed as questionable due to her knee injury.

The Storm are 4-12 ATS at home and 11-5 overall in home games. They are also 19-6 in their last 25 games played at home. Additionally, the total has gone under in five of Seattle’s past seven games. Oddsmakers have the Mercury as 1.5-point favorites.

Nevertheless, readers can get annoyed seeing these picks coming from chalk bettors. What’s the point? The Storm can beat the Mercury. They defeated Phoenix 82-75 in the previous meeting on Jul. 11, 2021. Seattle will upset Phoenix in their own stadium tonight; the total will go under. Other free WNBA picks are accessible here.