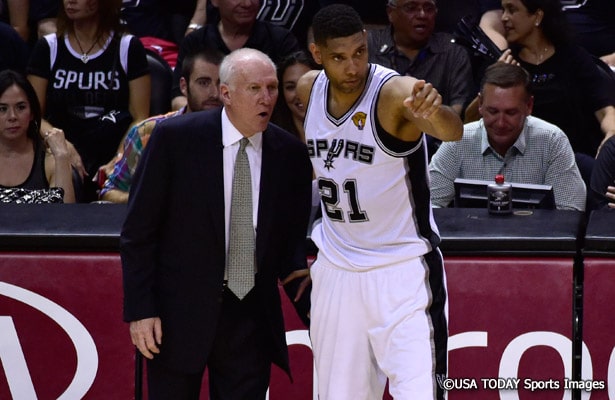 Told that Spurs president R.C. Buford once described the two as “soulmates” to ESPN.com, Popovich said: “We’re more soulmates in life than we are in basketball. I’ve been on his fanny so many times throughout his 19 years, and half the time he agrees with me and half the time he thinks I’m a nut. And he just is polite enough and mature enough to just ignore me and go back out on the court, which allowed me to coach everybody else all those years. But off the court, that’s where we’re soulmates.”