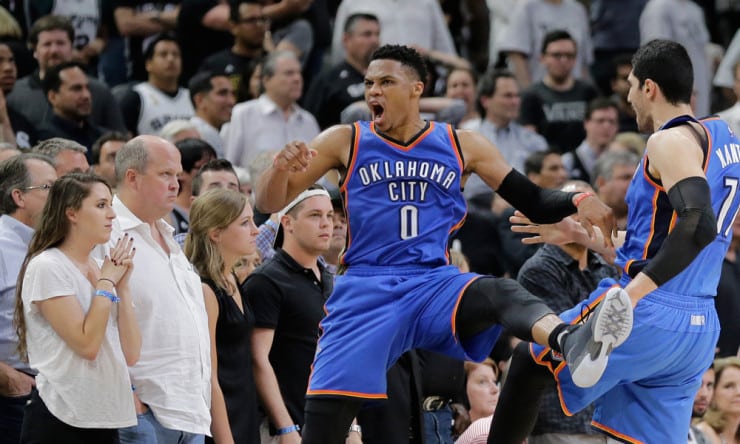 Russell Westbrook will have the chance to collect a triple-double on foreign soil when the Oklahoma City Thunder play the Brooklyn Nets in Mexico this season.

The NBA Mexico City games will feature the Nets playing regular-season games against the Thunder and the Miami Heat.

The Thunder’s Westbrook — the reigning Most Valuable Player — and his new All-Star teammate Paul George face the Nets on Dec. 7. The Nets, featuring Jeremy Lin and D’Angelo Russell, then play the Heat and Hassan Whiteside on Dec. 9. ESPN and Televisa in Mexico will televise the game, which will also be available to watch on NBA League Pass.

The games in Mexico City, hosted by events company Zignia Live, are part of the 25th-anniversary celebration of the first NBA game in Mexico. In January, the NBA held two games in Mexico, with Phoenix playing against Dallas and San Antonio.

The Nets’ games against Oklahoma City and Miami will be the 25th and 26th games in Mexico since 1992, the most held in any country outside the United States and Canada.

“They will also mark the 25th anniversary of our first game in Mexico City, a milestone in our relationship with our Mexican fans and a further indication of our desire to strengthen our ties to Mexico and Latin America,” NBA commissioner Adam Silver said in a statement.