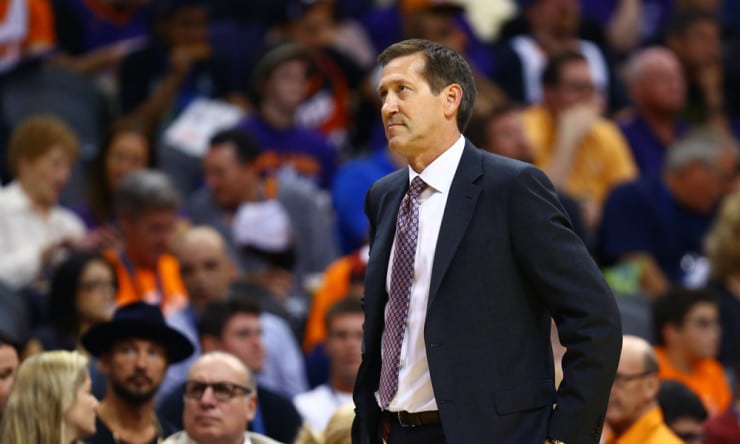 Coach Jeff Hornacek said he expects the Knicks to be running the triangle offense exclusively from the beginning of training camp next season and explained that he’s unsure if the club’s core of Carmelo Anthony, Derrick Rose and Kristaps Porzingis can make New York a playoff team unless it fully embraces the system.

“Obviously, if we go into it like we did this year — no,” Hornacek told reporters in Utah when asked if the Rose-Anthony-Porzingis trio can be playoff caliber.

“Do we have the right fit of guys running the system?” Hornacek said. “If we think that we can somehow — with a fresh start of training camp and go to it right off the bat, if that helps us and Phil [Jackson] and Steve [Mills] — we think maybe the same guys on this team could have a different outlook on it, then we’ll stay the same. If not, they’ll look at other guys.”