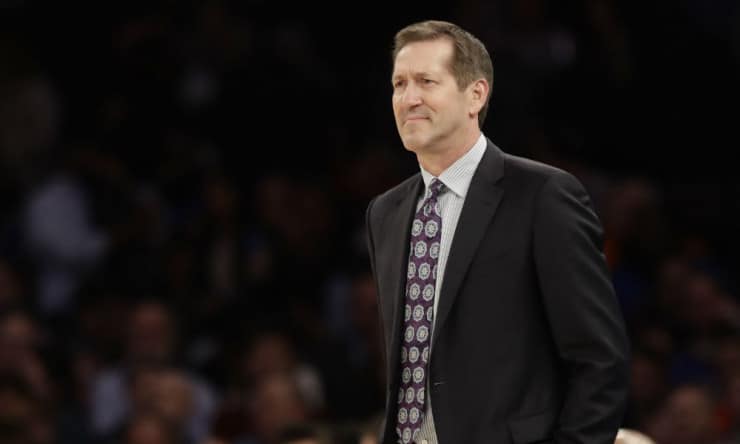 Jeff Hornacek doesn’t see a scenario where Kristaps Porzingis is in anything but a Knicks’ uniform next season.

“There’s no doubt in my mind he’ll be on the roster,” Hornacek said Thursday afternoon at the NBA Draft Combine.

“We expect him back,” he said. “I think everything’s going to be just fine when we get back.”