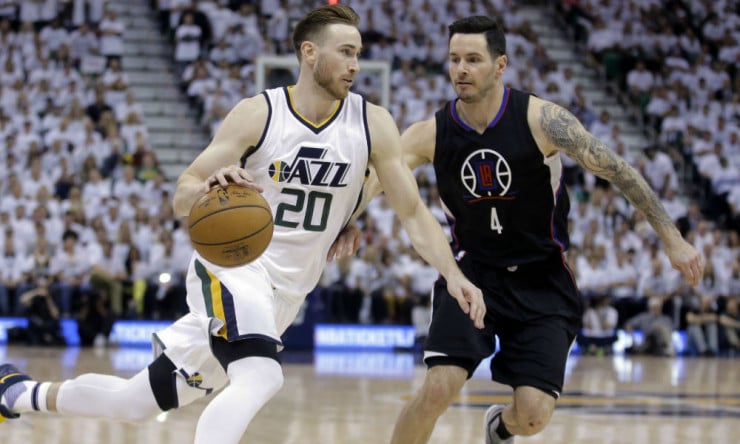 Former Los Angeles Clippers guard JJ Redick signed a one-year, $23 million deal with the Philadelphia 76ers this summer. He spoke with Alex Kennedy about his choice on The HoopsHype Podcast.

One interesting note is that Redick said the Rockets originally offered a four-year deal, but then reduced the number of years to three. During the conversation around the 16-minute mark, Redick explains what happened:

“They offered four [years] and then they went three. Daryl [Morey] always has a million things going on, like in A Beautiful Mind with all of the stuff written on the chalkboard. I’m sure he had four or five deals out there [he was working on]. The day before free agency, I thought it was a four-year deal. Chris Paul and I talked for about 30 minutes the night before free agency started. I wanted to go there.

“[It didn’t work out] – some of it was numbers and some of it was other factors like relocating the family and – I hate to say this – but you never know with Daryl and how he operates. A three-year deal could really be a six-month deal if you get dealt at the trade deadline for a superstar as part of a package of six.”

Originally, contract length was the most important factor for Redick. He joked that he “would have played in Alaska” if he was offered a four-year, max deal.

Redick revealed that the Brooklyn Nets offered a two-year deal with a “respectable” number, but he then decided to go with a shorter agreement.

Source: J.J. Redick on the HoopsHype Podcast via Bryan Kalbrosky of HoopsHype