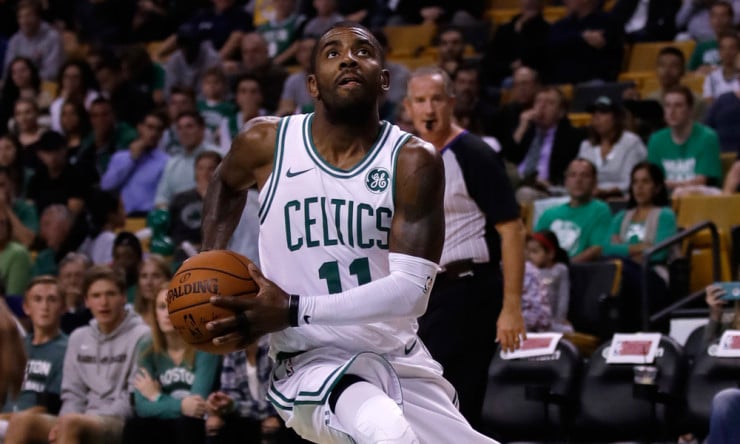 Kyrie Irving, playing his former team in his first regular-season game with the Boston Celtics, heard hearty boos in pregame introductions and each time he touched the ball early in Tuesday’s opener against the Cleveland Cavaliers at Quicken Loans Arena. Irving was the first player announced during introductions, and boos overwhelmed any cheers. He exchanged a quick dap with LeBron James before the opening tip. Then, after getting booed when he touched the ball on the first possession, he finished a floater over his former teammate for the game’s first points.

Irving finished with 22 points on 8-of-17 shooting with 10 assists and four rebounds in 39 minutes in the Celtics’ 102-99 loss. He had a chance to tie the game with a 3-pointer at the horn but missed. Irving then shared a warm embrace with James.