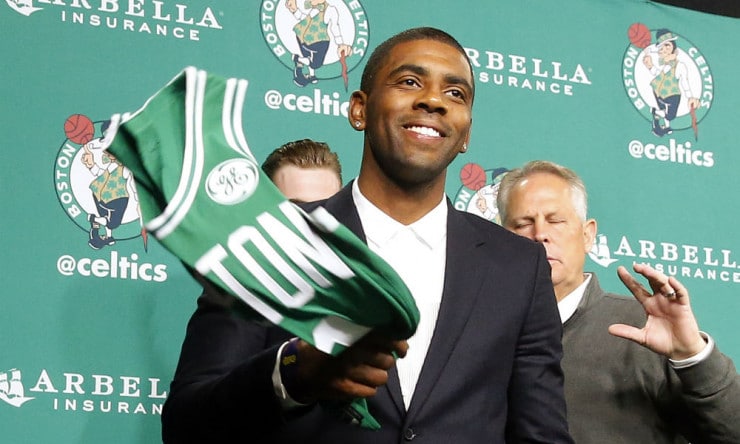 “It was my time to do what was best for me in terms of my intentions, and that’s going after something bigger than myself, and obviously being in an environment that was conducive for my potential,” Irving said. “I think that statement is just self-explanatory because it’s pretty direct in terms of what my intent is — it’s to be happy and be with a group of individuals that I can grow with. That’s not a knock on anything that has transpired in my six years [in Cleveland], because it was an unbelievable experience. To think about what we accomplished in Cleveland and individually as well, it bypasses the amount of moments I had with all the special people out there.

“Me leaving there wasn’t about basketball; it was more or less about creating that foundation of me in Cleveland, and then now taking this next step as a 25-year-old evolving man and being the best basketball player I can be.”