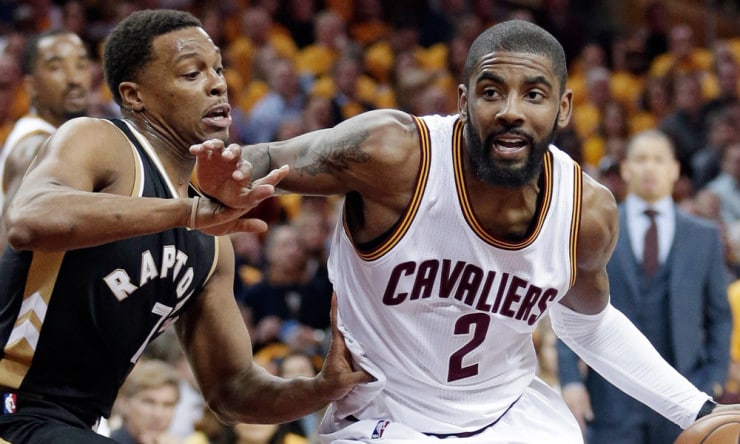 Cleveland Cavaliers star point guard Kyrie Irving would reportedly prefer to play for the Los Angeles Clippers next season. While speaking with Alex Kennedy on the HoopsHype Podcast, veteran NBA reporter Peter Vecsey spoke about the wild NBA offseason. Irving does not have the leverage to make a trade demand and is not threatening to sit out of games if he is not moved to another team.

Vecsey said around the around one-hour-and-13-minute mark of the podcast that he has been told the Cavaliers point guard would like to play for the Los AnIgeles Clippers. Reporters have previously mentioned the Clippers “made an effort” for Irving. Vescey, who recently returned to NBA reporting and mentioned this in his recent Patreon column as well, indicates that Los Angeles is his preference.