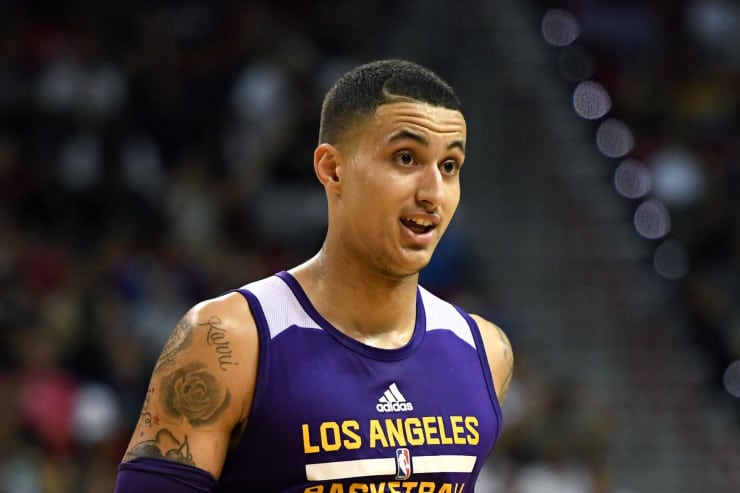 Kuzma could not be stopped, shooting 11-of-16 from the field and 6-of-10 on three-pointers. With that effort, he finished as the Las Vegas Summer League’s top overall scorer. Lakers point guard Lonzo Ball, the second overall pick in the 2017 NBA draft and the Las Vegas Summer League MVP, missed the game with a mild right calf strain. Shooting guard Josh Hart, picked 30th overall, sat with a sprained right ankle.