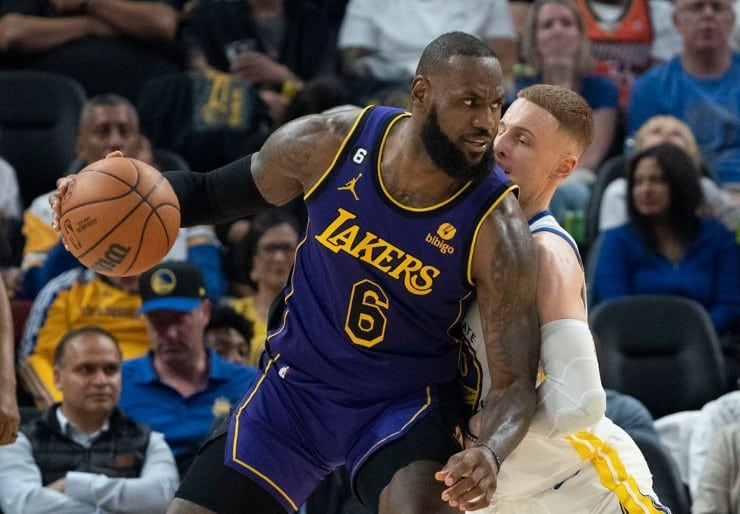 “We’re getting great looks, but it could also be teams giving us great looks,” explained James during the postgame press conference.

Per multiple NBA betting sites, the Lakers have top-10 odds to win the championship in 2023. However, after dropping their first game of the season, sportsbooks are lacking confidence.

LeBron James on Lakers’ poor shooting in loss to Warriors: “We’re getting great looks, but it could also be teams giving us great looks. To be completely honest, we’re not a team constructed of great shooting… It’s not like we’re sitting here with a lot of lasers on our team.” pic.twitter.com/VfqWnKcQ3D

“To be completely honest, we’re not a team constructed of great shooting,” continued LeBron James. “It’s not like we’re sitting here with a lot of lasers on our team.”

Despite the four-time MVP telling the truth, his response seemed negative. Following a loss, a morale boost is needed. After all, it was only one loss to start the season.

And the Lakers lost against a team that just won its fourth title in eight years. Los Angeles went 1-5 in the preseason. Last season, the Lakers concluded their preseason 0-6.

Russell Westbrook closed out his outing with 19 points, 11 boards, and 3 assists in 31 minutes played. Westbrook is still a terrific rebounder, but the team is missing a quality shooter along the perimeter. LeBron James needs help.

By the end of the game, the Lakers shot 43% from the field and a pedestrian 25% from beyond the arc. Of course, the big difference-maker in their 14-point loss was 3-point accuracy. Can LeBron James turn his team around?

Meanwhile, the Warriors finished 45.5% shooting from the field and 35.6% from downtown. Stephen Curry scored a team-high 33 points in 33 minutes played.

While Curry sank four 3-pointers in 13 attempts, the guard also ended his performance with 6 rebounds and 7 assists. The Finals MVP came ready to play.

According to several sportsbooks, the Lakers’ projected win total for the 2022-23 season is set at 44.5 games. With Anthony Davis, LeBron James, and Russell Westbrook healthy, perhaps the team will exceed expectations this season. Though, they’re off to a bad start.