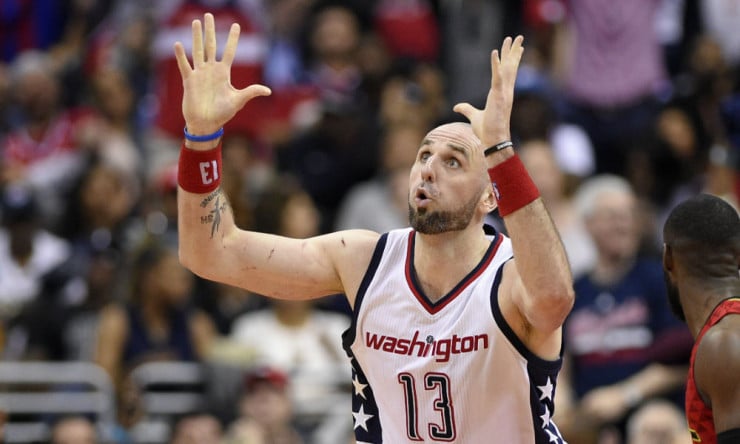 Washington Wizards center and former Magic player Marcin Gortat said Friday he doesn’t expect his NBA career will continue after his current contract expires following the 2018-19 season, and he added he would love to end his career with the Orlando Magic.

“I would love to join the team for maybe two or three months, or maybe half a season at least,” Gortat told the Orlando Sentinel after the Wizards completed their shootaround Friday at Capital One Arena.

“I’m going to be a old guy, so I don’t know if Orlando would be interested or not. But I would love to join the team back again just to wear the uniform, put the white and blue stripes again on me and be able to say I’m a Magic again and just come back home where I belong. That would definitely be a dream come true to do that for me. Whatever the team wants to do — play me, just be in the rotation or just be a bench player — I would definitely be there for the team.”

A starter for the Wizards, Gortat entered Friday averaging 9.1 points, 8.1 rebounds and 1.9 assists in 27.3 minutes per game this season.

The Magic acquired Gortat in 2005 in a draft-night trade, and he served as a key cog in the Magic’s run to the 2009 NBA Finals, serving as Dwight Howard’s backup at center. Gortat always has credited former Magic coach Stan Van Gundy and former Magic lead assistant coach Brendan Malone for developing him into a quality player.